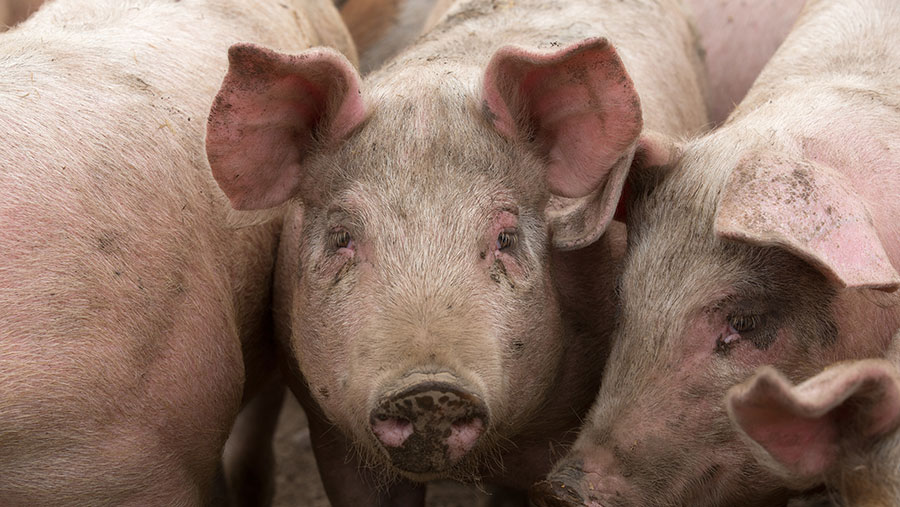 Pig welfare is on an upward trajectory, with the vast majority of British animals demonstrating high health status and low levels of stress or injury, according to a report.

The AHDB’s Real Welfare project, which has been running for three years and has covered more than five million pigs equivalent to 17.5% of production, is designed to assess welfare from the animals’ perspective.

Funded by farmers in close collaboration with vets, the scheme involves the on-farm assessment of five aspects of welfare, (see ‘Five on-farm indicators of health and welfare’).

The assessments are carried out by veterinarians on a systematic basis, usually as part of a quarterly visit, and are mandatory under the Red Tractor farm assurance scheme.

The study – the biggest of its type anywhere in the world – made the following key findings:

The Real Welfare also found over three years all measures of physical injuries, (except tail damage, which was already low), had decreased.

“It also shows that, on average, the poorer performing farms have improved during the three years of the scheme.”

Mr Sloyan emphasised that the study was based on the welfare of the animals themselves, regardless of the housing system. “Good welfare can be achieved in any husbandry system,” he said.

The positive results were welcomed by the National Pig Association chief executive Zoe Davies, who described the report as “ground-breaking”.

“This farmer-led initiative demonstrates to consumers exactly how high the welfare on our farms actually is,” she said.

“It stems from a desire to be open and transparent with the public over how their food is produced, despite increasingly damaging and fake messaging from anti-meat eating organisations.”

Real Welfare is also used to collect information on other variables, such as feeding practice, pen variables and whether tails are docked or undocked.