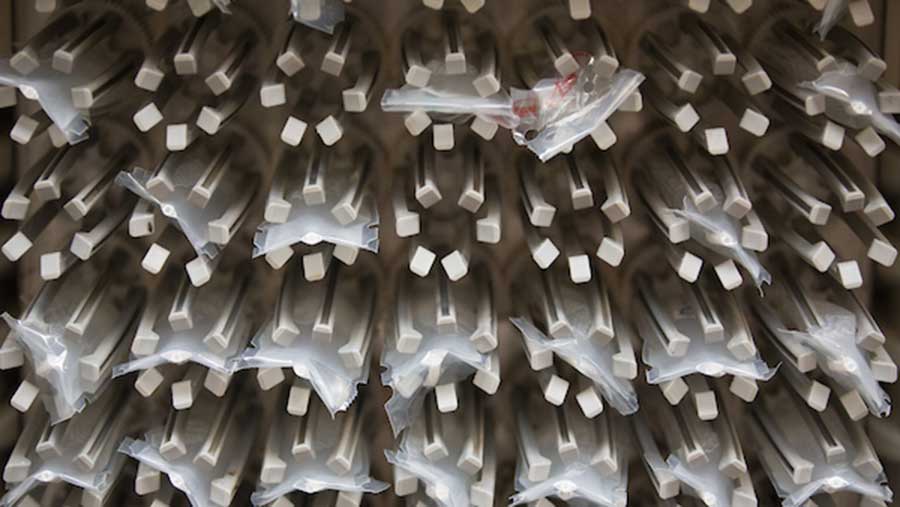 The order is the UK’s largest ever semen contract and will see Deerpark Pedigree Pigs provide boar semen and expert tuition in freezing, thawing and insemination.

A total of 2,000 straws will be shipped in the third order to the Chinese company.

The training agreement will see Deerpark share its insemination techniques, which claim up to 100% conception rates.

He added: “This customer started with a small order of 100 straws to test the water. When they were confident they would achieve high conception rates they moved onto much larger orders.”

Deerpark sales have rocketed 300% over the past two years as exports have been increasing to the Asia-Pacific region, including a significant shipment to Thailand in December.

The growth is supporting an expansions project at the stud.

Mr Overend said attendance at Viv Asia in Thailand, the World Pork Expo in the USA and Agrilink in the Philippines has played a role in creating new opportunities for Deerpark’s export expansion.

He added: “The Department for International Trade and the British Pig Association have been hugely important in supporting the UK presence at these events.

“They set up the stands and provide interpreters, and we just turn up with the information about our product.

“It’s proven to be very successful for us and with the uncertainty over Brexit, it will be more important in the future to be seen on the international stage.”