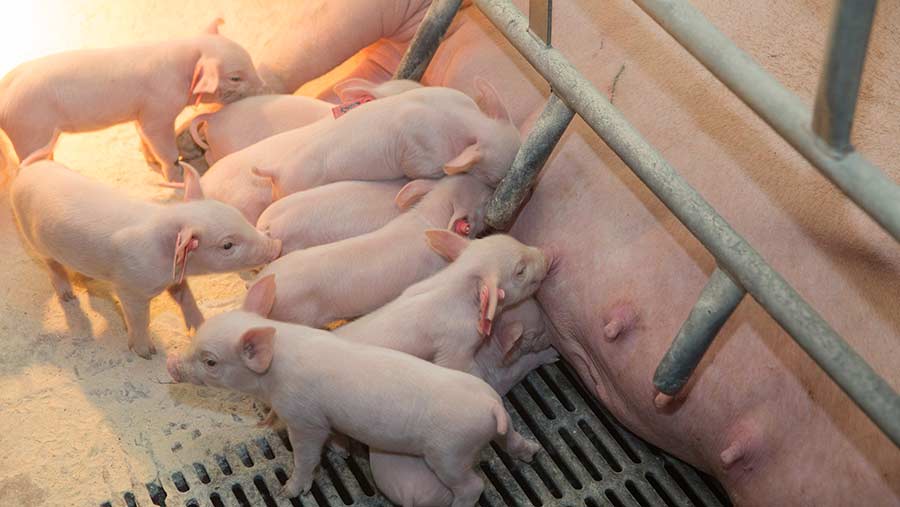 Electricity costs in pig farrowing houses in the summer have been unexpectedly found to exceed those in the winter.

That’s according to ARM Buildings, which remotely monitors electricity consumption for heating, lighting and ventilation in the housing it designs.

Based on data from houses with a total of 400-500 farrowing places, ARM Buildings has concluded that on average it costs £1.34 a sow a week in electricity in the winter to run a piggery.

However, in the summer this figure increases to about £1.50.

While the cost of lighting inevitably increased during the winter, the cost of ventilation in farrowing houses nearly tripled from 12p in the winter to 34p a sow a week in the summer, it says.

Running a farrowing house in the spring and autumn in terms of electricity was found to be cheaper.

“We would have expected farrowing houses to cost more to run in the winter.

“Well-insulated modern buildings are very heat-efficient, but in summer excess heat has to be removed if sows are to retain their appetites and milk well,” he says.

While the high cost of electricity a sow in the summer can largely be attributed to necessary additional housing ventilation, the unnecessary cost of heating during warmer months is also a factor, says Mr Miller.

“On one farm we found costs increased to £3.50 a week,” he says. “This was due to heat lamps being left on full for two weeks after farrowing, in addition to the normal heat pads.”