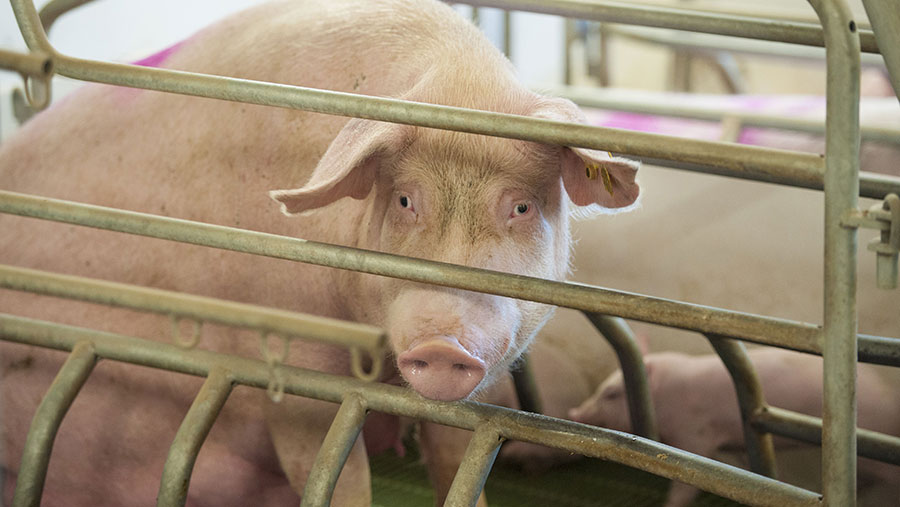 Cells from F1 pigs were “completely resistant” to infection to both major subtypes of porcine reproductive and respiratory syndrome (PRRS), early testing by breeding company Genus and researchers at the University of Edinburgh’s Roslin institute has found.

This represents a significant breakthrough in controlling the virus, which farms must vaccinate for as there is no known cure.

The team used a gene-editing tool called CRIPSR/Cas9 to cut out a small section of the pigs’ DNA (CD163).

In November 2015, a joint project by Genus, Kansas State University and the University of Missouri produced a litter of pigs without the CD163 protein, which spreads the PRRS virus within a pig’s body.

This time, scientists managed to only remove the section of the protein molecule responsible for interacting with the PRRS virus.

Researchers will now test whether the pigs are resistant to infection when exposed to the virus.

They say the virus, observed in North America and Europe in the late 1980s, can produce later-term abortion in which 100% of piglets can be stillborn.

Jonathan Lightner, Genus’ chief scientific officer, said: “This result furthers the case for the criticality of CD163 in PRRSv infection and demonstrates that a targeted removal of the viral interacting domain can confer resistance while the reminder of the protein is present”.

Whether or not gene-edited pigs resistant to PRRS would become a commercial reality would be up to the consumer, Martin Smith, AHDB Pork veterinary senior manager, told Farmers Weekly.

He said PRRS-resistant pigs would make “financial sense”, but that consumer confidence and the heritability of the resistance would be two key issues that could need addressing.

Mr Smith said: “A gene-editing process making pigs resistant to both subtypes of PRRS would be very helpful, as the economic effect of PRRS is quite significant. The question is, however, whether consumers would buy into it.

“Consumer confidence is important. Genetically modified crops are a great example of where there are disease-resistant cereals that have had a limited uptake because of consumer opinion.

“A second point is that we would need to know how gene editing is conserved when it gets in bloodlines. If it is retained through all progeny then that’s simple, but it could need to be bred into a specific line to keep the gene and if that is an in-bred line then there could be negative effects to conformation.”

He added that the European strain is endemic in the UK, with East Anglia and Yorkshire particularly affected due to high pig density in those areas.

Commercial vaccines are good at managing the disease, but don’t always confer full protection against all strains, he added.

“We see great virus diversity, as it is an RNA virus and much less stable and more likely to mutate than some viruses. This is an issue as it leaves a diverse population of virus in a short period of time.”