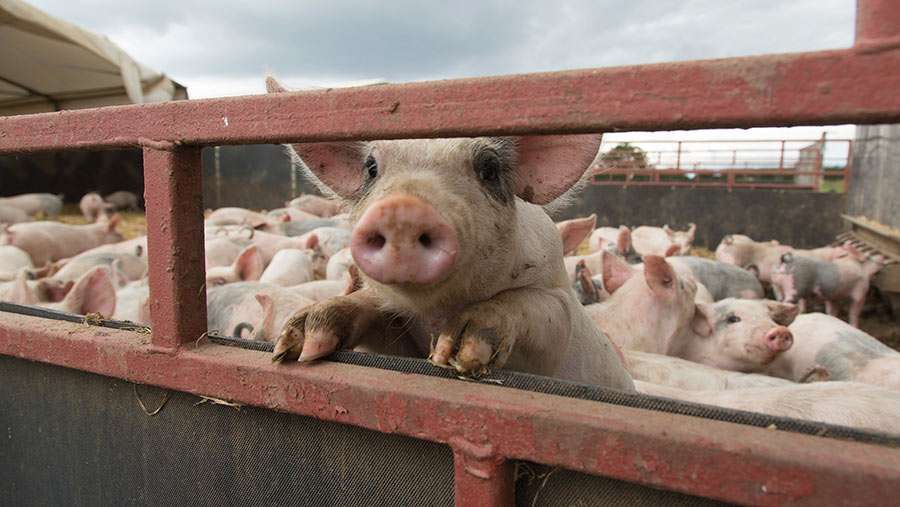 He explains how the disease is transmitted so farmers in the UK can be vigilant and protect their herds.

See also: Complete guide to ASF and how to minimise the risks

Movement of the disease

Whether you have a couple of pigs or several thousand, the biggest risk to your herd right now would be the arrival of African swine fever (ASF) into the UK.

The virus, which causes extremely high temperatures and near 100% mortality in younger pigs, has recently surfaced in Germany, isolated from a number of feral boar near the Polish border.

So why is the virus, which doesn’t affect humans, so important? And how is it moving around Europe?

African swine fever is a nasty disease that was first described, as its name would suggest, in Africa where it remained until 2007.

Since then, it has rumbled around Eastern Europe and Russia, before steadily heading west and jumping eastwards into Asia. It does not discriminate between types of pig and will lead to the death of rare breeds and commercial animals alike.

In the past 18 months or so, it has wiped out more than 25% of the global pig population. For this reason, it is notifiable and any stockperson, owner or vet suspecting the disease in their pigs has an obligation to report it to the authorities.

In reality, a discussion with your vet would likely be the first port of call and any decision can be made from there.

If confirmed, it will shut down all export trade, currently valued at more than £600m per year for the UK, which would be devastating for the pig sector.

What are the signs and symptoms?

How does the disease spread?

It can also be transmitted by contaminated surfaces, meaning contaminated vehicles, equipment and people can also move it between farms.

Long-term persistence of the virus in the environment can be through infectious biting insects.

Soft bodied ticks can harbour the virus for more than five years and, although there are no tick species that can be infected by ASF in the UK at present, there are now areas of the country that are warm enough to support them if they did land on these shores.

The other major method of transmission is through meat and meat products. Since the virus spreads quickly throughout the body of the pig, it gets into all the tissues and persists there until eaten by another pig.

This can be from a decomposing carcass in the soil, as in feral boar groups, or through meat products produced for human consumption.

This second route is how major jumps of infection have occurred around the world, and the most likely way for it to get into the UK pig population.

It is more than likely there are already ASF-positive products that have landed here, but have not made it into any pigs…yet.

Feeding kitchen scraps to pigs in the UK is illegal due to the potential for several notifiable diseases including ASF, to be spread this way.

That means anything that has been through a kitchen, even vegetables, must not be fed to pigs due to the risk of contamination from meat products. This is true of domestic and commercial kitchens, irrespective of whether meat is present.

With the pig sector on heightened alert, it is pertinent to remind everyone how important this is. Let’s hope 2020 doesn’t have a second major viral outbreak to contend with. 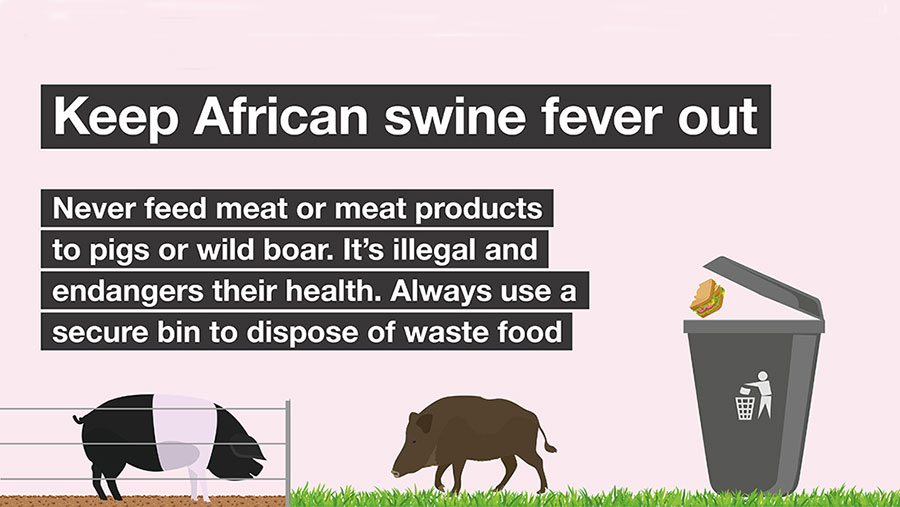 Each month we bring you practical advice from an XLVets practice on a range of different subjects.

Duncan Berkshire qualified from Cambridge Vet School in 2004 and obtained his Masters in Livestock Health and Production with the Royal Veterinary College while in practice. Duncan also holds the RCVS Certificate in Pig Medicine.

Improving herd health and reproductive physiology are particular areas of interest, along with farm based investigations to introduce preventative medicine programmes on unit. He is a past President of the Pig Veterinary Society and is currently Honorary Treasurer.