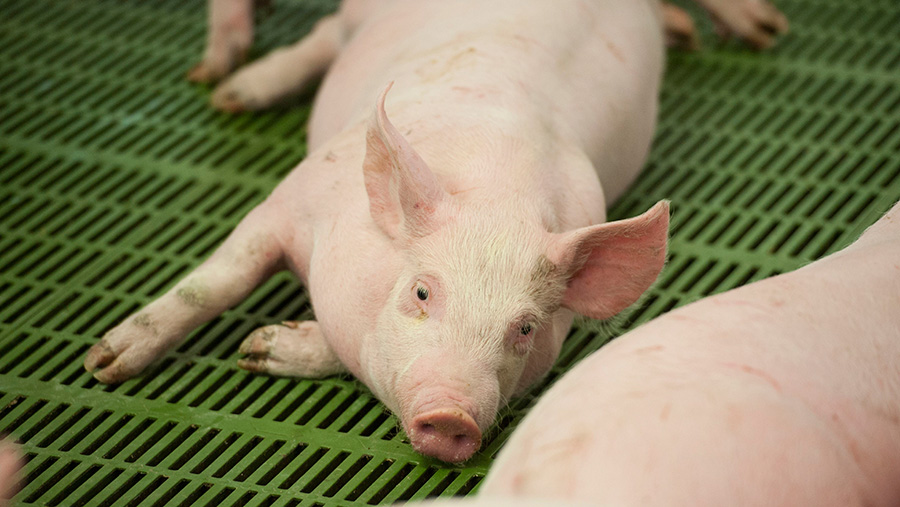 Male pigs grunt less in poorer conditions, a study has found, suggesting they are more susceptible to changes in welfare standards.

Animal behaviour and welfare experts from the University of Lincoln and Queens University Belfast found male pigs grunted more when kept in “enriched” and spacious housing than in more compact and “barren” pens with partially slatted concrete floors.

Lisa Collins, a specialist in animal health, behaviour and welfare epidemiology at the university’s school of life sciences, says this suggests greater susceptibility among male pigs to environmental factors.

“Male pigs were less resilient in the poorer conditions than female pigs,” she told Farmers Weekly.

“While those kept in the better, enriched conditions reacted no differently to female pigs in either.”

“We don’t know precisely what the reason is for this. Looking at other papers, the typical result is that more vocalisation means the pig is in an emotional state, but in these conditions the results fit more with a human reaction, where you would see less vocalisation.”

As well as the effect of different living conditions on pig vocalisation, Dr Collins and Mary Friel, lead author of the study and a PhD student at Queen’s University Belfast, looked the relationship between personality and the rate of grunting.

Half were housed in the “enriched” pens with straw bedding, and the other 36 in the “barren” pens.

Each pig spent three minutes in social isolation and another five minutes in a pen with a large white bucket or an orange traffic cone, and behaviour, including vocalisation, was observed.

Two weeks later, the tests were repeated to see if the pigs’ responses were repeatable – a defining characteristic of personality.

They concluded that pigs with a proactive personality type produced grunts at a higher rate than more reactive animals.

“Understanding how the vocalisations of pigs relate to their personality will also help animal behaviourists and welfare experts have a clearer picture of the impact those personalities have on communication, and thus its role in the evolution of social behaviour and group dynamics in social species,” says Miss Friel