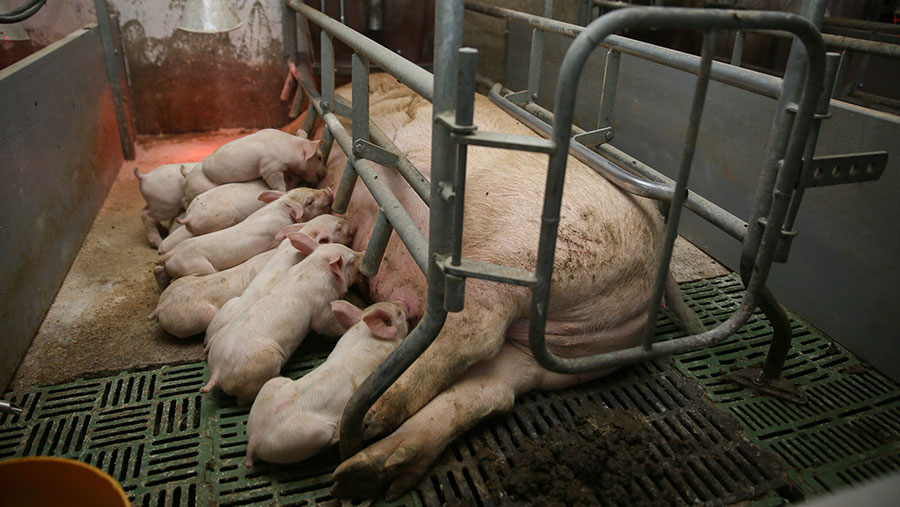 The National Pig Association (NPA) is calling for farrowing crates to be phased out over a minimum of 30 years and for clarity on what systems will be allowed in the future.

Speaking at the recent Pigs Tomorrow conference, Zoe Davies, NPA chief executive said the organisation had asked the government for a voluntary approach to phasing out farrowing crates.

It had also requested a full assessment of evidence to show that moving away from farrowing systems altogether is best for the sow, piglets and staff, and is calling for temporary crates to be permitted.

See also:How realistic is free-farrowing for the UK pig industry?

Dr Davies added: “We also absolutely have to have temporary crating. If they push just for free farrowing, that is pretty much the end of the indoor pig sector in the UK.

“We have requested a minimum of 30 years and are working hard to get Defra to understand the practical issues with transitioning and the implications any new legislation will have.”

Non-government organisations (NGOs) have called for total free farrowing by 2027, but Dr Davies warned if such a target was imposed by the government, the consequences would be catastrophic for the British pig industry.

“NGOs have focused largely on the welfare of sows. Now alternatives that give sows more freedom is the direction of travel, and the main ask at present is for total free farrowing by 2027.

“They are resolute on that and are not willing to consider temporary crating as an option – despite our best efforts.”

To counter this, the NPA has been discussing the future of UK farrowing systems with Defra for the past five years. The department has now publicly stated that it wants to move to a point where farrowing crates are no longer necessary, added Dr Davies.

“Because we have already had a lot of discussions with them, the government has, thankfully, qualified that by saying new systems should protect both sow and piglet welfare in a way that is sustainable for the industry,” she added.

Despite this, there has been no specification from the government regarding the requirements of any future farrowing systems, even though many producers are already making modifications to their existing setups in preparation for future changes.

Even if there is a steer from the government on specific systems, there are further challenges with transitioning to temporary or freedom farrowing systems, explained Dr Davies.

“The main things here are planning permission – which is often difficult to obtain – as well as who is going to fund the transition, and the logistics of doing so.”

She said building manufacturers are currently warning that transitions will take 20-30 weeks for each farm. And because few companies within the UK can do this work, the NPA has concluded that only about six farms a year will be able to completely transition to a new system.

All of this is set against a background of diminishing profitability in the sector, further worsening the current challenges for pig producers, she added.