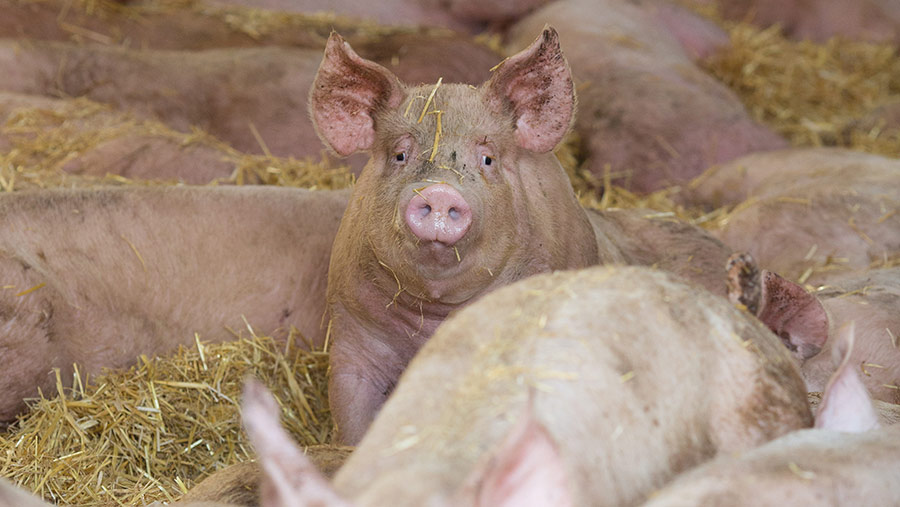 The ready availability of painkillers licensed for the prevention and alleviation of pain in pigs provides great opportunities for improving their welfare.

This is especially so as they mostly tolerate the administration of pain relief with no side effects and to their obvious welfare and production benefit.

A UK survey on attitudes to pain relief among farmers and vets working with pigs, published in The Veterinary Journal in 2014, found that, overall, respondents disagreed with the statement that “pigs are not as sensitive to pain as humans”.

They strongly agreed that animals recovered more quickly with pain relief and that it was a crucial part of animal husbandry.

These farmers expressed great interest in finding out more about recognising pain in pigs as well as the options of what to use, implying such discussions should inform routine vet visits and treatment plans.

We look at ways to recognise pain in pigs, types of pain relief available and when pain relief is not a good course of action. 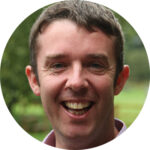 Duncan Berkshire is a vet and advanced practitioner in pig medicine with Bishopton Veterinary Group. Duncan joined the pig department at Bishopton in 2009 having previously worked extensively with pigs in Yorkshire since graduation.

He qualified from Cambridge Vet School in 2004 and obtained his Masters in Livestock Health and Production with the Royal Veterinary College while in practice. Duncan also holds the RCVS Certificate in Pig Medicine.

Perceived pain in pigs cannot easily be directly measured, even in experimental settings.

It can often only be inferred from their behaviour changes or from our own knowledge of physiological processes such as inflammation.

Inflammation resulting from injury or disease is characterised by redness, swelling, heat, pain and reduced function.

While some of these signs may be readily seen in a case of lameness from a swollen, infected foot, they may be less obvious in the case of whole gland mastitis or chronic “stiffness” in an ageing boar.

Pain may therefore be present alongside various infectious disease conditions and accidental injuries.

It may also follow procedures such as surgical castration – which has been prohibited within Farm Assured commercial pig production in the UK for many years.

Signs of pain in some ages of animals are difficult to assess, as most healthy pigs object to handling and palpation by loud, alert vocalisations, even when not in pain.

If pain is mild or chronic, pigs will seek to hide signs so they are not disadvantaged or bullied in a group situation.

Signs of pain, therefore, may be limited to reduced feeding behaviour, increased aggression when roused, and more time spent lying (possibly in an unnatural position) where limb pain is involved.

Pain during farrowing can present as increased changes in position between lying and standing, altered grunting, and frequent turning to look at/kick at her flanks.

NSAIDs are the first-choice injectable medicine in pig practice to manage pain and alleviate inflammation, though different types of NSAIDs vary in their main activities.

For example, meloxicam reduces pain associated with inflammation, but has less effect on high temperatures.

It is most useful prior to surgery and, when administered to sows around farrowing, can reduce cases of mastitis and improve piglet survival.

Another NSAID, keloprofen, is most suited to lameness issues and is good at reducing high body temperatures, so is useful when given in addition to antibiotics therapy in conditions such as Glassers disease.

NSAIDs given by injection tend to have a usefully long duration and targeted action, making them convenient for individual lameness cases or as supportive treatment, should sporadic cases of tail biting occur. Meloxicam is also licenced for individual oral dosing.

Forms of paracetamol and aspirin are available for medication via water to groups of animals.

Their effect is aimed at reducing high temperatures and the subsequent appetite reduction effects of infectious diseases such as porcine reproductive and respiratory syndrome (PRRS) or flu.

They can also be useful for supporting animals during the mixing and movement stresses related to weaning.

Corticosteroids such as dexamethasone – recently rediscovered by the medical profession for improving survival from severe Covid-19 infections – have the advantage of being rapid in onset of their profound anti-inflammatory effects.

This is hugely advantageous in cases of acute swelling that could result in severe welfare issues such as meningitis or toxic mastitis.

They are best used as one-off emergency therapy and should never be administered to pregnant animals because of the high risk of abortion.

Long-term use of corticosteroids is discouraged, and they should never be used at the same time as NSAIDs.

When pain relief is not enough

It is also important to know when pain relief is not enough, and the injury or illness is sufficiently severe to warrant euthanasia on welfare grounds.

Examples of this would be fractures to legs, large ruptures with open wounds, or if a pig is unable to support its own weight and walk.

Even with the best hospitalisation and pain relief, these represent unnecessary suffering and an unacceptable quality of life. If in any doubt, prompt veterinary advice must be sought.

Hospitalisation is a vital part of the management of animals that have painful conditions. Hospital pens should be easily accessible from mainstream pens to ensure they are easy to use.

They should have bedding for warmth, and surfaces that prevent draughts but provide good grip. For example, matting should be placed on a slatted floor.

Treatment with pain relief, in addition to management and antibiotics where needed, has shown great improvements in shortening the recovery time of disadvantaged animals.