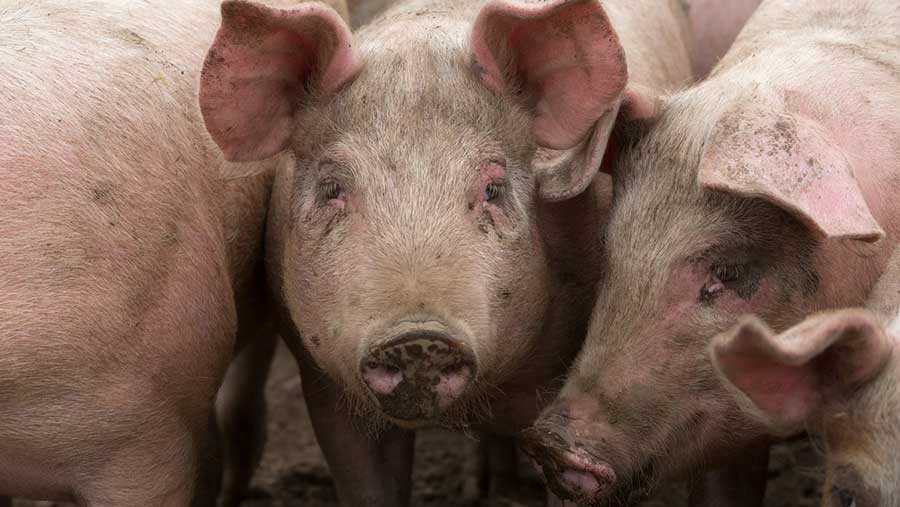 The National Pig Association (NPA) is encouraging farmers to install infrared security cameras on farm to collect evidence against anti-meat campaigners who break in.

This followed a recent “orchestrated wave of propaganda” by animal rights activists, who the NPA claimed were seeking to push local planners to refuse permission for new pig units.

It was also urging its members to pursue best practice in all areas of production and invite “non-farming acquaintances” to inspect their units.

“With these animal activists, what often happens is they break into units in the middle of the night, they go around with a flashlight, scare the animals, and get away with it scot-free.”

“And it’s not just the pig sector. We can’t let it continue,” she added.

To counter the efforts of these activists, the NPA said it is dispatching posters to all members reminding them of crucial end-of-day routines:

“It’s not about glossing over any problems,” Dr Davies said. “It’s about running their farms in a way members of the public would find acceptable.”

Richard Lister, chairman of the NPA, said that such attacks were detrimental not only to the British pork sector, but to the health of the pigs.

“Tampering with doors and windows is unwelcome, but our real concern is the risk of introducing disease to high-health pig units, where a subsequent health breakdown can cost thousands of pounds to remedy,” he said.

“It is our view that anti-meat campaigners who try to gain access to our buildings at night are trying to influence local planners to refuse permission for new pig units. But if that is their goal, they are being very short-sighted, because it just means more pork and pork products on supermarket shelves will be imported, much of it is from countries with lower welfare standards,” he added.