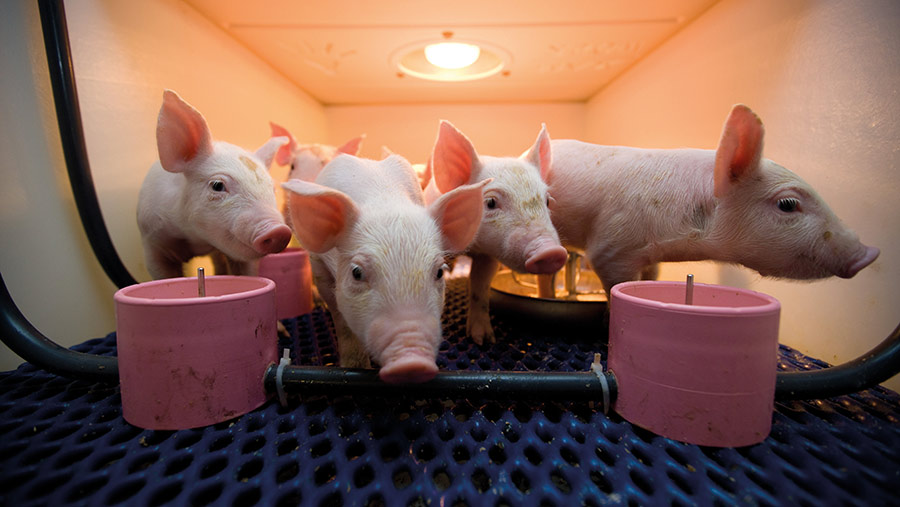 The current situation is one of the most difficult for pig producers in living memory, with soaring feed prices, labour shortages, reduced abattoir throughputs and the ban on pork exports to China.

As a result, UK sow numbers could have fallen by 5-10% by the end of 2021, says AHDB senior analyst Bethan Wilkins, with further reductions likely beyond that.

This may lead to lower production in late 2022 and, potentially, an increase in prices.

However, financial margins are unlikely to improve much over the next few quarters, with feed costs set to remain high, she warns.

Producers may come back into production or expand in the next few years, but pig price and input cost volatility is likely to remain a constant challenge in the future.

See also: What is lean management and how can it improve pig farming?

While productivity continues to improve on UK pig farms, producers can still tighten processes further and keep costs as much under control as possible, according to independent consultant Stephen Hall.

He highlights gilt management as an area to prioritise to reduce the number lost during their first couple of parities.

This would improve herd structure and performance and increase the return on the financial investment made in rearing gilts, he says.

Gilt management also presents a big opportunity to improve the economics, effect on the environment and ethics of pig production, says Mr Hall.

“Producers will benefit even more if they collaborate wherever possible on farm, bringing together the nutritionist, vet, data analyst and the genetics company.”

Changes to free-farrowing system regulations are a major concern.

They will present a huge financial cost to the industry, but there is great uncertainty about the specifics, timescales or any potential support from the government and retailers.

Meanwhile, a plethora of new environmental rules, including regulations on ammonia emissions, slurry and water, will also add to production costs.

Trade policy is another challenge, and it will be key to maintaining relationships for exports to the EU and Asia.

The source and level of imports may also change – if, for example, the UK and EU were to move out of sync with regulations on freedom-farrowing, says Ms Wilkins.

A possible US deal in the future could mean the UK pig sector faces competition from producers with even lower costs of production than those seen in the EU.

African swine fever remains a risk, with cases found in wild boar and domestic pigs  in many eastern European countries and Germany.

Therefore, the industry must maintain high biosecurity standards to prevent this threat.