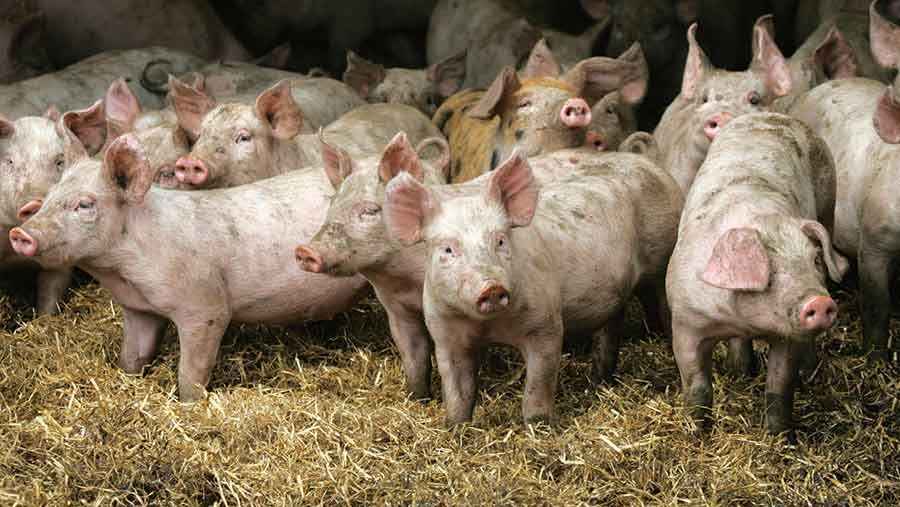 A pending decision to ban therapeutic zinc oxide in pig feed will “shock” the UK pig industry if passed by the European Medicines Authority (EMA) and cost farms on health, welfare, finance and production grounds.

This is according to industry experts left dumbfounded by the EMA’s Committee on Veterinary Medicinal Products (CVMP) to ban the medicine on the “benefit-risk” balance of zinc oxide effects to the environment.

Used in preventing post weaning diarrhoea since 1994, high purity zinc oxide has been hailed as a hugely successful medicine that has dramatically reduced growth checks, illness and hygiene issues in month-old pigs.

Without therapeutic zinc oxide, the other main alternatives are antibiotics, in particular colistin, an old drug designated a “drug of last resort” by the World Health Organisation.

The National Pig Association described the decision as coming “out of the blue” after France and the Netherlands voiced environmental concerns to the EMA.

A complicating factor is that zinc oxide has been linked to increasing antibiotic resistance by a publically criticised piece of research which implicated zinc oxide as a co-selector for MRSA.

“We would like to see the evidence to support the announcement,” said Zoe Davies, chief executive of the NPA, which on Thursday (15 December) outlined its concerns to the Veterinary Medicines Directorate.

The NPA maintained there was “insufficient evidence” on zinc oxide contributing to antimicrobial resistance (as a co-selector) and that “in all previous assessments the CVMP has found the benefits of its effective use outweigh the environmental risks”.

He said that, if passed, the CVMP opinion could see zinc oxide banned within a short space of time.

“The current time scale is uncertain because a number of administrative issues are not clear,” Mr Pickard told Farmers Weekly. However, he added, “We will be contacting the EMA immediately and we have some time available to prepare data submissions”.

Mr Pickard said the case for zinc oxide will be supported on two main fronts:

He told Farmers Weekly the implications of a ban could hinder the pig industry’s efforts to reduce antibiotic use and force farms to wean two weeks later.

Dr Burch said: “To lose it will cause several problems ranging from minor to severe depending on the farm and possibly the season of the year.”

Summarising the benefits of zinc, he said around 80-90% of conventional pig systems were believed to creep feed zinc oxide at a maximum rate of 3.1kg/t for therapeutic use.

A delay in weaning of two weeks would require 50% more farrowing accommodation and on a 450-sow farrowing unit means £100,000 in extra sow places s at £2,500 a space and 20 sows farrowed/week, he explained.

AHDB Pork’s Nigel Penlington said concerns over the potential danger of zinc to the soils appeared to be based on a “historical perception”.

“Concerns appear to relate to when unregulated usage and higher rates of slurry application were used,” he told Farmers Weekly.

Current knowledge of crop nutrient uptakes and control through Nitrate Vulnerable Zones, mean there is less pressure on the land, he added.

“There are also fewer pigs in the country and its important to remember that quantities of zinc in feed are small because they are used in a narrow window when solid feed intake is starting.

“It can be more of an issue on farms just taking weaners but farrow-to-finish units dilute the zinc with other slurries.”

Against the zinc oxide ban