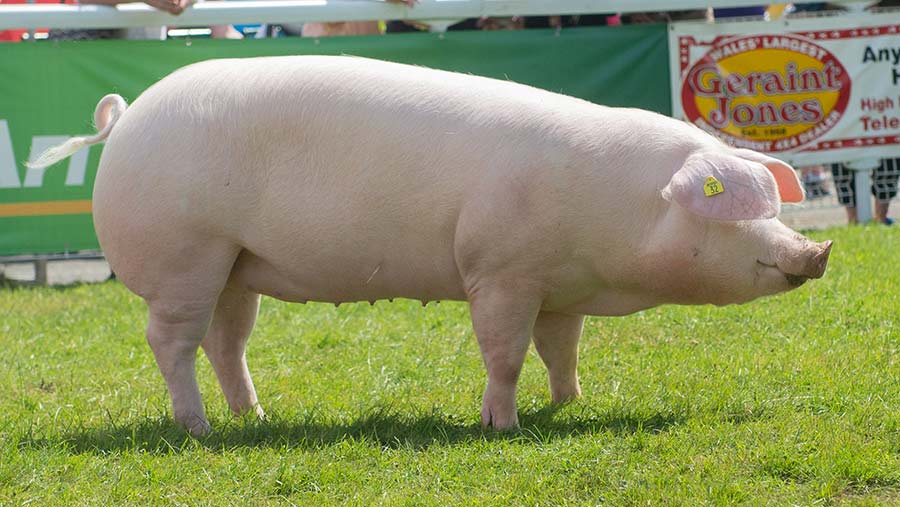 Travelling from East Sussex, the award-winning gilt is sired by R005440we and its dam is R005625we. She is due to farrow with her first litter on 15 October.

The young pig also claimed the interbreed champion title at the Devon County Show in May, and this latest win marks the end of her showing season. 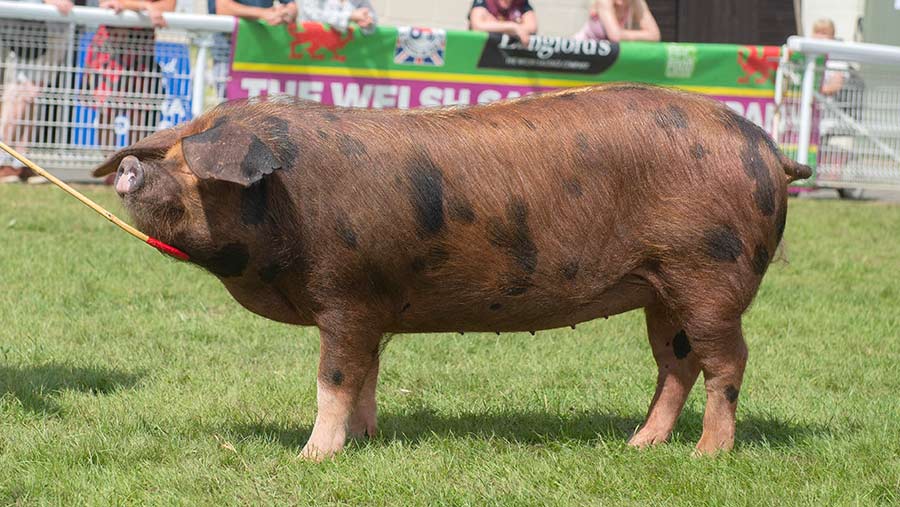 In reserve, the Oxford and Sandy Black pig Ridgeway Cynthia 24 earned her breeder Dennis Ballard, from Chippenham, Wiltshire, his first interbreed placing on his second outing to the Royal Welsh.

This home-bred gilt is sired by Hopecottage Clarance 262 and is out of a dam line of prolific show winners.

It was her highest placing yet on this summer’s show circuit, and she next heads to Pembrokeshire in August.