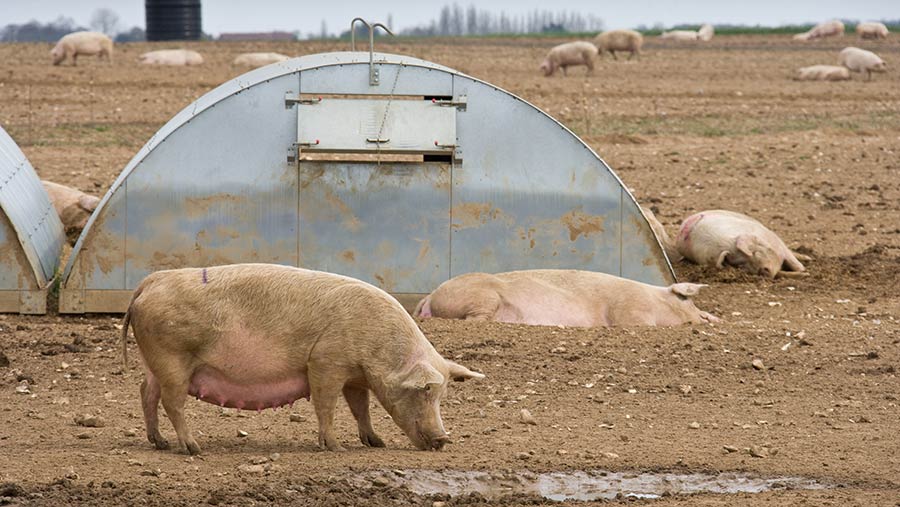 British pig herd productivity has declined for the first year in almost a decade, according to data collated by Agrosoft.

The specialist pig farming software provider found that the average number of pigs sold per sow dropped for the first time since 2010.

This was mainly caused by a fall in litter numbers per sow per year from 2.3 to 2.2.

Analysis of the figures by the AHDB showed it was the outdoor herd which dragged the performance down.

Why was performance poorer?

The AHDB suggested the decline could be due to exceptionally cold weather in the spring of 2018 followed by poorer fertility levels in the hot summer that followed.

This was then made worse by a rise in rearing and finishing mortality possibly caused by a higher disease challenge reported in some Apha surveillance reports, the AHDB said.

In contrast to the outdoor herd, housed pig herds still managed to achieve a small improvement in performance during 2018.

The combination offset a slight decline in litter numbers per sow to achieve an increase in production from 26.97/head in 2017 to 27.35/head last year.