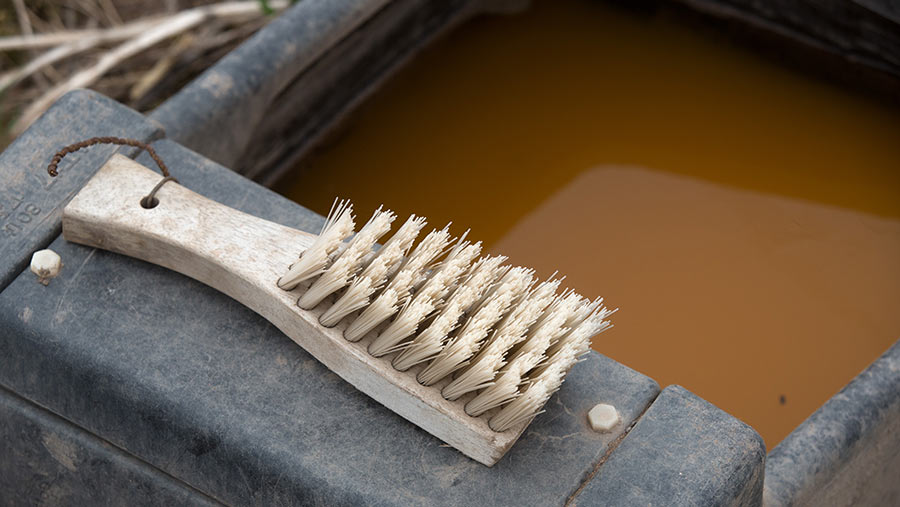 Residual salmonella from previous pig production cycles has been underestimated as a major source of re-infection and cleaning protocols must be stepped up to tackle it, vet Thomas Blaha has warned.

Mr Blaha from the School of Veterinary Medicine of Hannover in Germany says on-farm salmonella is one of the strongest determinants in the number of contaminations at the slaughterhouse.

A key reason is that pig farm cleaning regimes are often not thorough enough to tackle salmonella bacteria.

A greater understanding is needed of salmonella transmission and reservoirs of the disease.

Infected pigs harbour the disease and shed the bacteria during periods of decreased immunity, causing re-infection from one production cycle to the next.

Previously this vertical spread from older to younger stock was thought to be the main form of transmission.

But one area that has been underestimated is the residual reservoirs of bacteria in housing and service areas.

Salmonella is one of the most difficult bacteria to control and can persist for weeks in dust and on farm equipment.

Percentage of salmonella-positive samples in areas direct contact with pigs

Boots as a source of infection

Research carried out in Germany has sampled areas in pig units for the presence of the disease.

The results were surprising because they showed that in some cases, bacteria were found in a high percentage of samples in areas away from the pigs.

The farmer’s boots are then possible carriers to and from the passageways and back to the pigs creating a cycle of re-infection, the research showed.

Farmers are advised to change boot dips twice a week and stick to dose rates in order maximise biosecurity.

A trial by APHA found failing to choose the right disinfectant and correct dilution rate could leave pig farms exposed to disease.

The trial covered a wide range of active ingredients used as boot dips and internal surface cleaners on UK pig units and compared their use at different dose rates.

The aim of the trial was to test the efficacy of disinfectants by mimicking the farm conditions that they are used under.

The recommendation is to change dips twice a week and to stick to dose rates. But in practice, boot dips are often left unchanged and become laden with muck or diluted by rain.

The study aimed to fin out which ones kept working and which ones failed under real-life conditions.

To do that the APHA compared dips with half the recommended dose rate and the correct concentration.

Researchers then added pig faeces to the solutions each day to represent boot dipping before comparing how well the disinfectant worked against a target bug, salmonella.

At the half-dose rate most of the products failed to kill the salmonella bacteria, which means that if  guidelines are not followed farmers are potentially exposing their animals to disease.

There was also a discrepancy in how well the different products worked.

The worst performers were peracetic acid-based products. These struggled to cope with the organic matter and had generally failed to kill salmonella by the third day.

Where these products are used it is imperative to change the dips every two days and ensure they are used at the recommended rate.

The products that worked best were: