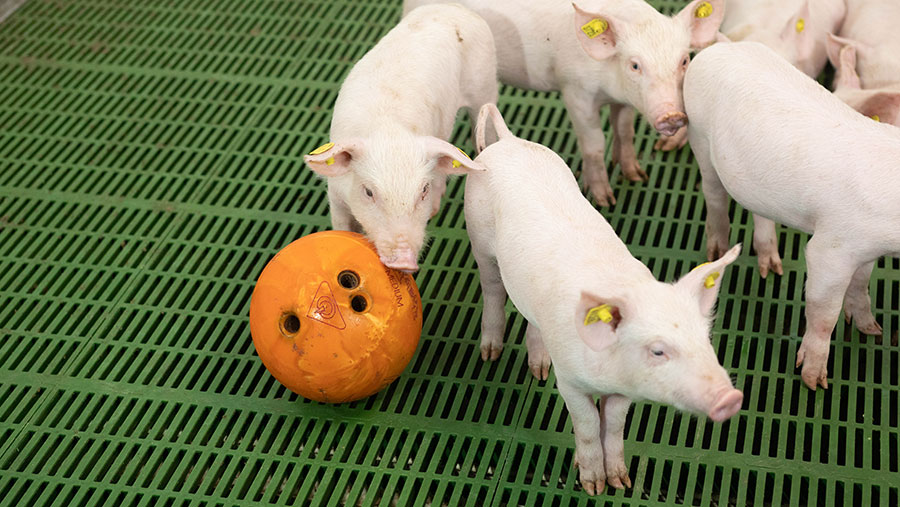 Antibiotics use on UK pig farms fell by 5% last year, taking it to within a hair’s breadth of the industry’s ambitious target.

Total antibiotics use fell from 110mg/population-corrected unit (PCU) to 105mg/PCU, despite the Covid-19 pandemic and Brexit challenging staffing levels and bringing market chaos.

Now the average UK finished pig is just 6mg above the industry’s 99mg/PCU target for 2020.

This represents a 62% reduction on the 2015 baseline figures used by the Responsible Use of Medicines in Agriculture (Ruma) alliance and recorded through the Electronic Medicine Book (eMB-Pigs).

Yorkshire farmer and Ruma representative Richard Lister said the achievement was testament to the hard work of pig producers and their vets.

Highest-priority critically important antimicrobials (HP-CIAs) remain at a “low level”, but saw a slight increase from 0.04mg/PCU to 0.05mg/PCU.

Importantly, the eMB-Pigs – which accounts for more than 95% of slaughtered UK pigs – reported no use of colistin, an antibiotic of last resort.

Senior vets pointed to the phasing out of therapeutic levels of zinc oxide as a particular challenge, while the increase of neomycin might have been because, in some specific cases, it remained the best option.

Peter Borriello of the Veterinary Medicines Directorate noted that a further reduction of 30% (see “Ruma pig industry action plan until 2024”) had been targeted by 2024.

But Prof Borriello added: “The 5% reduction in antibiotics use in pig farms between 2019 and 2020, alongside no colistin being used in 2020, is encouraging, and testament to the hard work of the veterinary and farming bodies in improving antibiotics stewardship.”