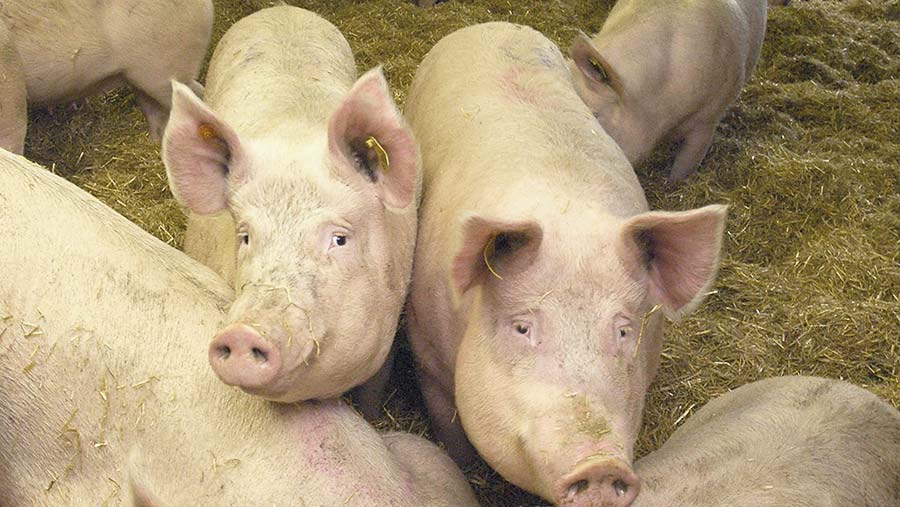 Vaccinating pigs against salmonella could halve the presence of the bacteria in a herd, the initial results from an Animal and Plant Health Agency trial have shown.

The on-farm trial was led by APHA epidemiologist Richard Smith.

Full results from the farm trials of the vaccine, Salmoporc STM, are still undergoing final analysis but the headline results are positive, Dr Smith told delegates at a recent APHA workshop.

See also: How to cut salmonella on pig farms

The project was carried out on farms to gauge the effect of a long-term sow vaccination programme on reducing salmonella levels in the whole herd, he explained.

Sows received two injections of the Salmoporc vaccine at the first farrowing, with a booster prior to each subsequent farrowing.  Each farm was visited on four occasions over a 14-month period.

“Samples were taken from pig faeces and from the pig’s environment to ensure we had a good representation of prevalence from each pig stage,” Dr Smith said.

Over the four visits salmonella infection rates on average fell consistently on the vaccinated farms but remained stable on the control farms.

Modelling showed this was half the predicted level for the vaccinated farms in comparison to the control farms when seasonal rises in salmonella were factored in.

But Dr Smith urged caution against seeing the vaccine as a silver bullet in the fight against salmonella strains.

“What this trial shows is that a vaccine could be a key part of an on-farm salmonella control programme,” he said. “But the bacteria still remained at a level of more than 20% on two of the vaccinated farms after 14 months.”

That points very strongly to other methods of disease control needing to be used in tandem with vaccination, such as stringent hygiene and biosecurity measures along with careful introduction of high-health stock, he added.