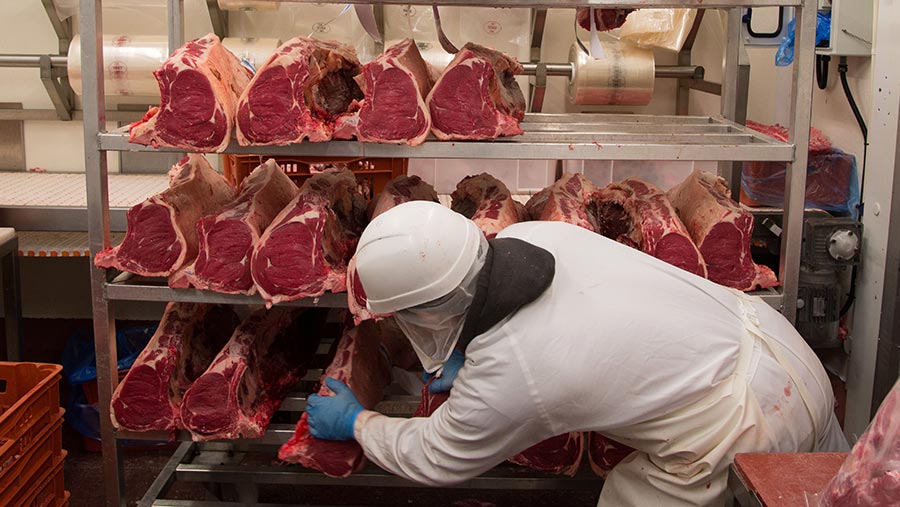 The legislation will come into effect from May 2018, once it passes through parliament, at which point businesses will have six months to comply.

The penalty for failing to comply will be an enforcement notice to the business or prosecution.

Last August, Mr Gove launched a consultation on the plans to deliver a manifesto commitment for CCTV to be required in every slaughterhouse in England in all areas where live animals are present, with unrestricted access to footage for official vets.

This would reassure consumers that high welfare standards are being effectively enforced. A Defra survey in November showed that more than 99% of 4,000 respondents were supportive of the plans.

Mr Gove said: “We have some of the highest animal welfare standards in the world and want to cement our status as a global leader by continuing to raise the bar.

“Introducing compulsory CCTV cameras in slaughterhouses is a further demonstration to consumers around the world that as we leave the EU, we continue to produce our food to the very highest standards.”

The proposals will also give the Food Standards Agency’s (FSA) official veterinarians unfettered access to the past 90 days of footage to help them monitor and enforce animal welfare standards.

The FSA has strict processes in place for the approval of slaughterhouses, and specially trained vets carry out checks to make sure the welfare of animals is protected throughout their time in the slaughterhouse.

If breaches are found, a slaughterhouse can be given a welfare enforcement notice, have its staff’s licences suspended or revoked, or be referred for a criminal investigation.