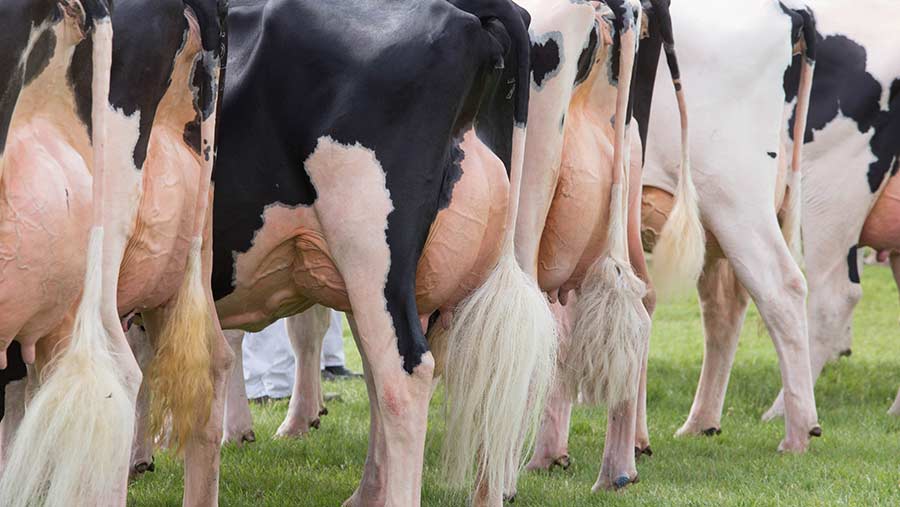 Plans to stage a national, joint dairy show in September have fallen through.

Holstein UK announced it has been unable to reach an agreement with the Royal Association of British Dairy Farmers (RABDF).

Despite protracted negotiations, Holstein UK’s board decided not to enter into a partnership after an independent audit of RABDF’s accounts.

Mr Jones described the decision as “deeply regrettable”, but added that it was not in the best interests of the organisation, its members or the dairy industry.

“Unfortunately, despite our best efforts, it has not been possible to forge such a relationship with the RABDF. Throughout the course of the negotiations, we have found it difficult to work with RABDF and are concerned about the charity’s financial position.

“In 2015, the RABDF made a loss and they have not provided assurances that their performance will improve.”

Holstein UK said another “major sticking point” was the fact the RABDF pressed to increased show prices by 25% despite plummeting milk prices.

However, the RABDF refuted claims that Holstein UK had requested access to their full accounts, branding the move as “very disappointing” and blaming Holstein UK board members for sinking the deal.

“The RABDF council supported the proposal at an extraordinary meeting held this afternoon [11 October] but it appears that at the Holstein UK board meeting, held in parallel, members voted against the proposal.”

The RABDF said discussions had been constructive and they had been left “baffled” by the decision.

They also said various pricing models had been offered and they had not committed to any increases.

RABDF chairman Mike King said: “The council now fears it is going to be dairy farmers and the industry at large that will lose out at a time when the industry is recovering from an unprecedented recession.”

Both events will go ahead next year, with the National Dairy Event scheduled for 6 September at the NEC and UK Dairy Day to follow one week later on 13 September at the International Conference Centre, Telford.