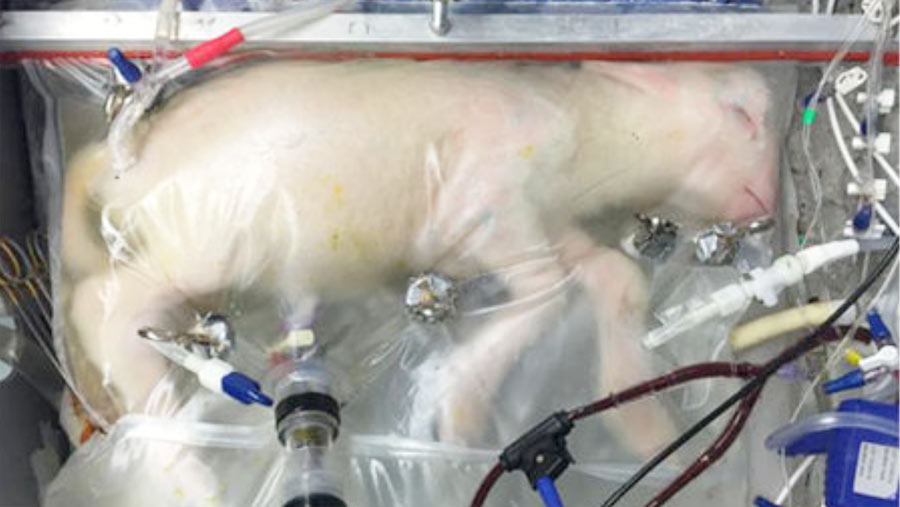 Scientists have successfully grown premature lamb foetuses in plastic “biobags”, using a technique that might one day assist humans.

The breakthrough supported the development of a group of eight lambs, with the longest survivor now more than a year old.

Several other lambs were taken for post mortems to study how they had developed physiologically.

Their brains, lungs and other organs had all developed and they had begun to grow wool. Some lambs had also started swallowing.

The foetuses were delivered 105-108 days old and the post-mortem group grew for a further 25-28 days.

This was only cut short to comply with animal protocols, according to reports in Nature Communications journal, which published the work led by researchers at the Children’s Hospital of Philadelphia.

The age of the lambs and lung development phases equated to 22- to 24-week-old human infants. The study hopes to inform attempts in the future to reduce mortality in new-born humans.

The study supported lambs in a bio bag sat on a hotplate at 39.5C and filled with electrolyte solution to mimic a ewe’s womb.

All lambs survived premature delivery and placement on artificial ventilators, although they did see some health issues such as lung inflammation, ScienceMag reports.

Some lambs were bottle-reared with the rest sacrificed for post-mortem studies to gauge how the bio bag had affected development.

The report said the technique could be used for “extreme premature” infants born at 22-24 weeks.

“At present the morbidity and mortality of this population would seem to justify general application of this technology, if it were proven to dramatically improve outcomes in clinical trials,” the report said.

A previous study in goat foetuses supported life in two goats for more than 22 days until eventual circulatory failure.