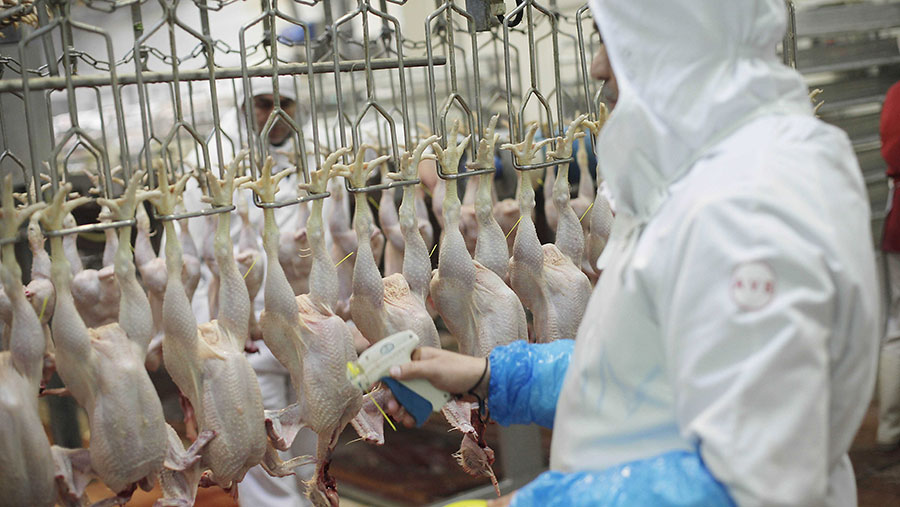 Slaughter without pre-stunning can cause severe suffering to farm animals according to opponents of the practice, but Jewish and Muslim groups forbid stunning animals before their throats are cut.

Under UK animal welfare legislation, all animals must be stunned before slaughter to render them insensible to pain.

However, EU laws have an exemption permitting non-stun slaughter for religious purposes, for example in halal and kosher meat. The UK government implements these exceptions.

See also: CCTV to be compulsory in all abattoirs in England

The Jewish method of slaughter, known as shechita, performed with a swift cut from a sharpened knife, does not allow pre-stunning. Jewish tradition dictates animals must be alive, healthy and uninjured at the time of slaughter.

According to data from the Food Standards Agency, there has been a sharp rise in animals slaughtered without pre-stunning over the past two years.

Data collected over three months, from April to June 2017, revealed 24% of sheep and goats, 19% of poultry and 1% of cattle slaughtered for religious purposes in England and Wales were not pre-stunned.

In total, 81.5% of these animals were stunned prior to slaughter.

Defra secretary Michael Gove has said the UK must maintain its high animal welfare standards after Brexit. Last month, Mr Gove announced mandatory CCTV in all slaughterhouses in England would be introduced from May.

The RSPCA and British Veterinary Association (BVA) are calling for an end to non-stun slaughter a position that has angered Jewish and Muslim communities.

Countries that have brought in a ban on the religious slaughter of animals for the production of halal and kosher meat, include Denmark, Belgium, Sweden, Norway, Iceland and Switzerland.