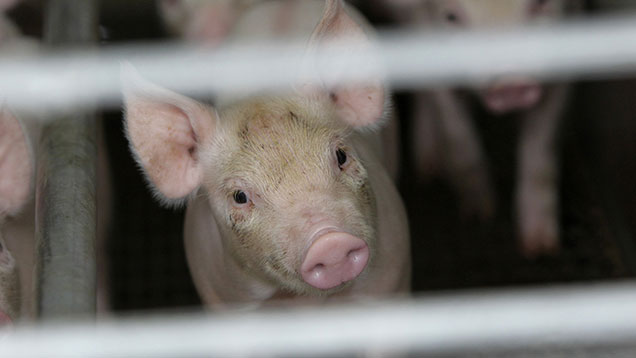 Keeping African swine fever (ASF) out of Britain is a top priority for the pig sector and a Bpex poster is aimed at helping farmers remind their eastern European staff of the dangers.

The arrival of ASF in the UK would be costly for the British pig sector, with the loss of export markets as well as disruption and direct cost to farmers.

Bpex vet team manager Martin Smith says: “ASF is slowly getting closer to us all the time and some people are saying it is when, not if it arrives here.

“It is well-established and it is not going to go away. We have to be on the alert and prepared for the worst.”

One of the major risks is the accidental introduction by somebody returning from an eastern European country where it is already confirmed, says Bpex.

It only takes one person to bring back a pork product which they then take on to a unit for lunch and the potential for introducing ASF to the UK exists.

Bpex has produced posters in English, Polish and Lithuanian which are available as hard copy or can be downloaded from the Bpex website.

“Biosecurity remains the key and the posters are an important element. There is also a pictorial poster which aims to stop people bringing pork products in from countries where ASF has been confirmed,” says Mr Smith.