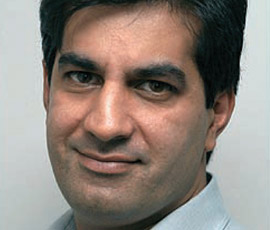 Boparan Holdings, the holding company for 2 Sisters Food Group, has reported a strong sales performance but an overall trading loss in the first quarter of the year, following the acquisition of Vion’s poultry and red meat businesses.

Group operating profit, before restructuring costs, came to £15.5m, roughly half what they were in the same period of 2012. But overall the group made a £8.6m loss, compared with a £17.9m profit in the same quarter last year.

2 Sisters chief executive Ranjit Singh described the Vion acquisition as “strategic”, adding around £1bn in annualised sales and extra capacity in poultry for future growth. “Whilst currently loss making, we are confident in delivering improvement with our turnaround plan over the next two years.”

“As well as the dilutive effect of the Vion acquisition, we saw headwinds following the consumer reaction to horsemeat in beef-related ready meals, alongside continued cost inflation and margin pressure as we invested with our customers to maintain sales growth in a highly competitive market.”

In the “protein” sector, the company notes that, excluding the Vion activity, sales were up 10% in the quarter, though profits were suppressed by the time lag in recovering the impact of higher feed costs.

Following the recent clearance of the Vion takeover by the Office of Fair Trading, 2 Sistsers says it is now poised to implement its turnaround plan over the next two years.