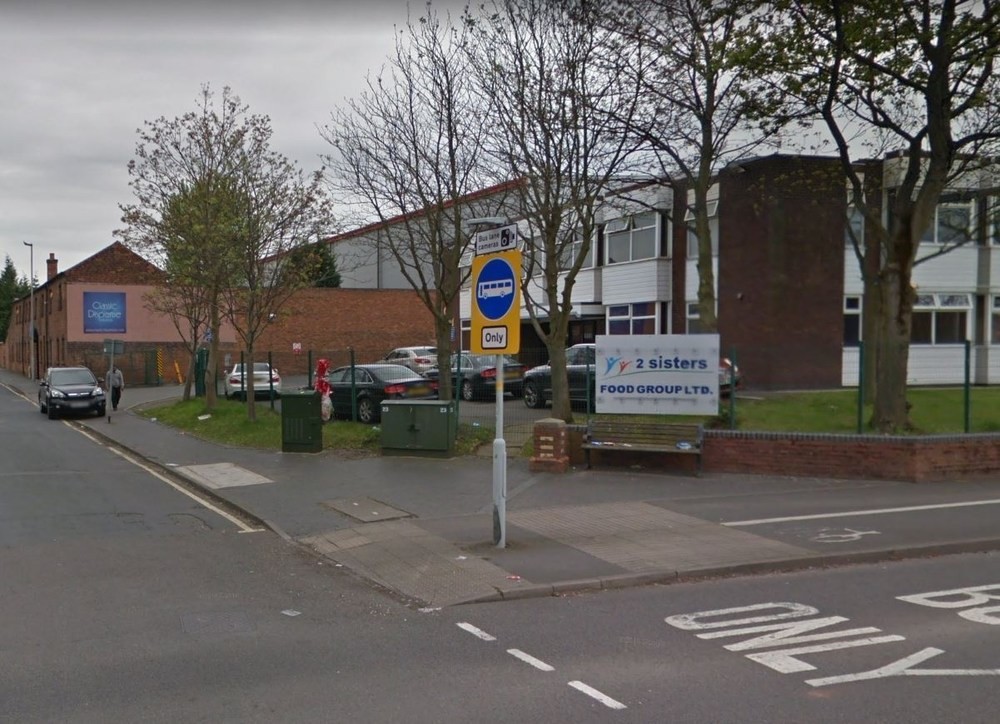 2 Sisters said its factory in Wolverhampton will not close, saving the jobs of 150 people. Photo: Google

In February, 2 Sisters announced a consultation over the future of 3 of its factories – 2 of which were in the West Midlands, and one in Cambuslang, South Lanarkshire. At the time 900 jobs were said to be at risk of redundancy.

While the plant in Scotland and one of the West Midlands sites – located in Smethwick – will still close, ‘Site E’, in Wolverhampton will remain open.

In September last year the company’s ‘Site D’ factory was embroiled in a food safety scandal after undercover reporters filmed a number of apparent hygiene breaches at the facility.

A 2 Sisters spokesman said: We are pleased that after meaningful consultation we are now able to utilise Site E to develop a new customer base over the next few months and we will begin transition to a 7-day working operation. As a result the site will remain open and all jobs saved.

“Colleagues at site have shown that they have both the skills and levels of commitment necessary to make this new venture successful and we would like to thank them for their patience and positive attitude demonstrated throughout an uncertain period.

“We would also wish to acknowledge the efforts of Unite in working in partnership with the company to secure jobs at Site E.”