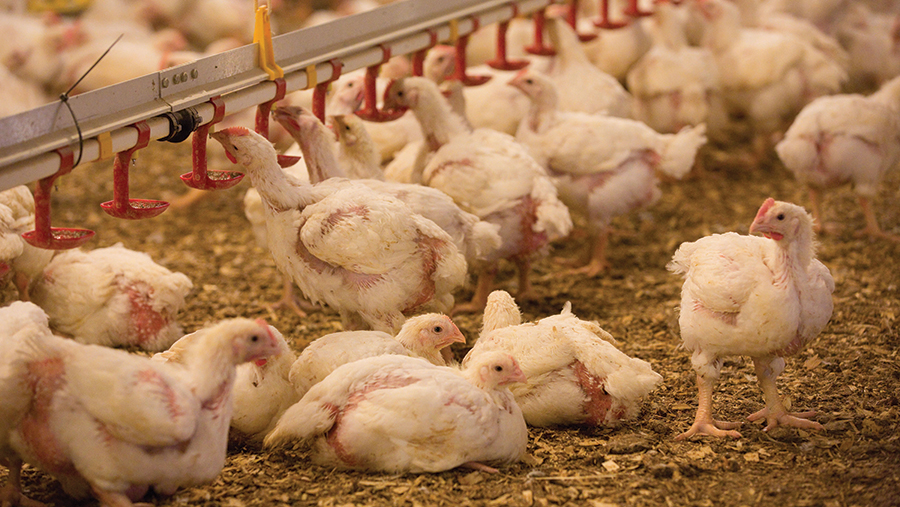 The way broilers and laying hens are reared has transformed beyond recognition over the past 70 years.

First, the two sectors intensified, with birds brought indoors to protect them from disease and more accurately control their environment.

Ever since, there have been continual refinements to improve production and lift animal welfare.

We spoke to some of the experts at a recent pig and poultry health seminar, hosted by Moredun, and the Society of Feed Technologist’s poultry conference, to get some insights on the latest thinking.

See also: 5 bits of kit every poultry farmer should own

Technology that uses 3D imaging to weigh livestock visually could soon become a practical solution to automatic poultry systems, which can be off by as much as 30%.

Projects under way that can assess dairy cattle may transfer to the poultry industry, where underestimated weight data skews measurements such as feed conversion ratios (FCRs) and other fundamental flock performance data.

Farm data specialist Alan Fahey of University College Dublin says that broiler liveweights are challenging to attain and that automatic systems are often inaccurate because, as a flock gets older, heavier birds are less inclined to use weighing scales.

“If liveweight is wrong then a lot of other things are wrong,” says Prof Fahey.

Manually sub-sampling is a challenge as well, he adds. To demonstrate, he weighed 100 birds from a flock of 1,000 at 10 different times over a single day.

Four of those weights were statistically different from the average of all the weights. “You need to sample a very large amount of birds to get to actual weight at a 95% probability”, he says.

Breeders should be selecting for egg cuticle quality as a way to protect both birds and humans from bacteria, research suggests.

Work highlighting the importance of eggshell cuticles as a barrier against disease is offering promising ways to minimise the transmission of horizontal and vertical pathogens. 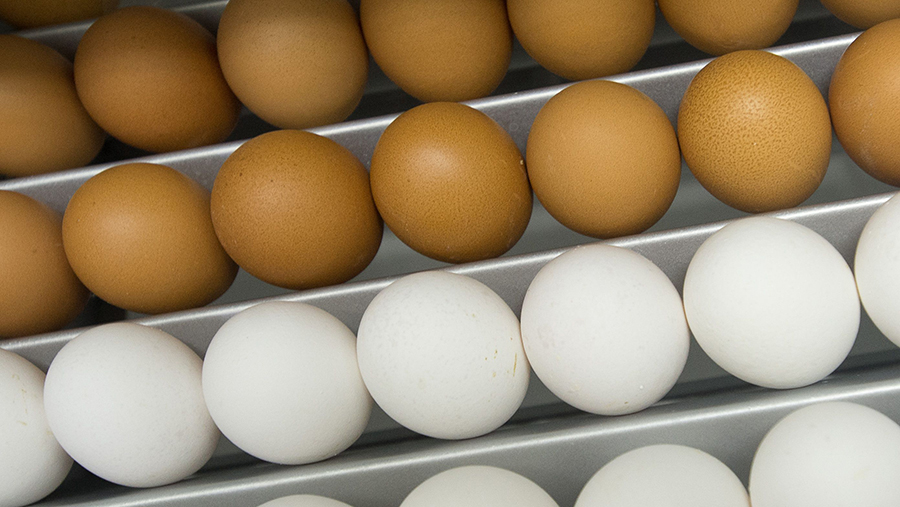 The cuticle is the final layer of protein coating the shell and offers the first line of defence against diseases such as E coli, salmonella and Clostridium perfringens.

Historically, the cuticle has not been a priority for poultry breeders, as birds are artificially incubated in clean environments. But there are still environmental bacteria present, making cuticle quality – and its ability to block disease – an important part of the egg.

“Many people, particularly in brown egg production, associate a good brown egg with an egg which will have a good cuticle,” says Prof Bain.

But it has been proven that shell colour is not an indicator of cuticle quality.

A separate study looked at whether cuticle quality declines in hens as they age, potentially making them more vulnerable to pathogens.

It suggested that, at least up to 50 weeks­­, cuticle quality did not markedly decline for either layers or broiler breeders, meaning protection from pathogens was maintained as birds aged.

An experimental model has identified proteins that can indicate signs of disease in the faeces of broilers.

One of the most promising is Ovotransferin, says Richard Ducatelle, of Ghent University. It is found in egg whites but produced in the liver when birds are physiologically stressed.

It was detected in the faeces of broilers with leaky guts and birds with experimental coccidiosis and necrotic enteritis.

“This could be a very simple and elegant tool if you wanted to have a quantifiable and objective measure of intestinal health,” he says.

A poultry red mite vaccine could become another tool in the fight to control one of the most pervasive pests in laying hen and broiler breeder production. 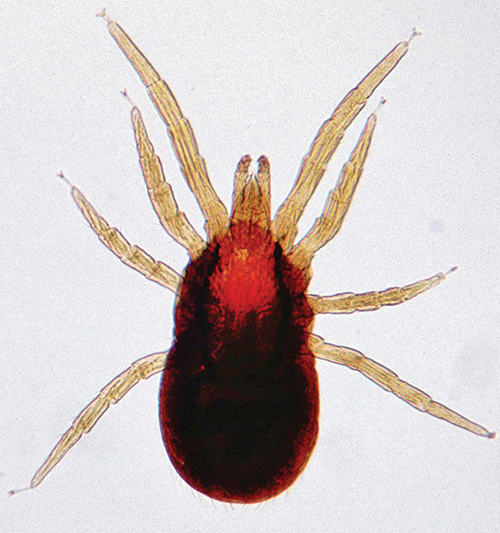 Alasdair Nisbet, head of the vaccines pillar at the research institute Moredun says that red mite remains a significant problem for poultry producers.

Research has indicated that 90% of susceptible farms in the UK have red mite and that it costs more than £190m to poultry producers across Europe annually.

“Traditionally this problem has been solved using insecticides repurposed as acaracides. Some of the older classes of these, like organophosphates and spynosyns, were effective, but we’re starting to see resistance.”

Issues with these treatments and others have driven the need for a vaccine, says Dr Nisbet.

Initial work found that a red mite extract formulated into a simple vaccine given to hens could offer protection against the pest, but there were issues with scaling up production to commercialise it.

A second project saw the genome of the poultry red mite sequenced. “If you have a good, annotated genome of an organism, you can understand how that organism works,” Dr Nisbet says.

The genome suggests that poultry red mite is much closer to a tick than previously thought – a cause for optimism as the only commercialised vaccine for an external parasite targets ticks.

From there, an antibody has been identified that can control poultry red mite, and the next steps are exploring how effective it is in the field.

But Dr Nisbet says it is unlikely that a vaccine would fully replace other control methods. Instead, it may become part of an overall control programme.