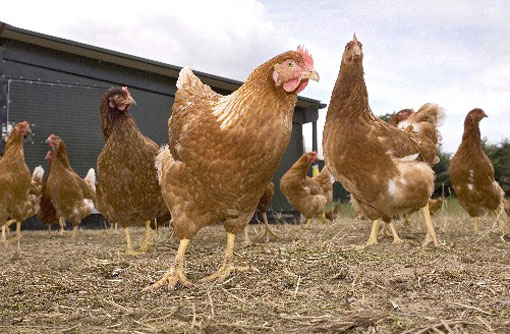 The cover design of Poultry World has changed this month – and not for the first time, as a quick look back through the magazine’s archives reveals.

It was shortly after Benjamin Disraeli defeated William Gladstone in the 1874 general election that the first edition of Poultry World was published.

Well, actually it was not Poultry World at all in those days, but was known as the The Fanciers Gazette. It appeared weekly, cost twopence, and, strangely, had as much information about dogs, pigeons and rabbits as it did about chickens.

The name changed to Poultry World in 1909 – at roughly the same time as Ernest Shackleton was searching for the magnetic South Pole and the world’s first aeroplane race was held in France. The magazine, which had tightened its focus to matters just poultry, was still published in black-and-white – it seems coloured ink was hard to come by in the early 20th century.

But the look of the magazine was set to change repeatedly over the next century. The immediate post-war years, under the editorship of George May, saw it sporting a green livery, before switching to become a “red-top” until the mid-1960s.

Then, in 1965, when The Beatles’ Help! was the soundtrack to a tumultuous period of proxy-wars, student protests and the space race, Poultry World dropped red in favour of blue, which stayed on the masthead for the next four decades. It was about this time (in 1968), that the magazine incorporated its sister title, Poultry Farmer, which, incidentally, was coloured green.

There were further changes in layout, logo and design over the years; from blue and black in the late 1960s, to blue and white through most of the 1970s before opting for a blue, white and red masthead in the 1980s. 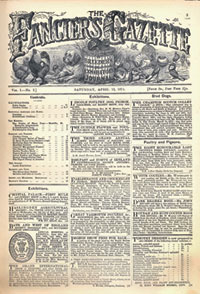 And that design would remain in place until May 2006, when the magazine was reduced to A4 in size and the front cover returned to blue, black and white – with a little Farmers Weekly logo at the bottom.

The look of the magazine may have altered as fashions and print technology has changed, but the editorial team’s commitment to reporting the major events and providing expert advice has remained constant.

For example, Poultry World followed the scrapping of the Egg Marketing Board every step of the way, from the initial government proposals in 1968 through to the actual winding down of the body in 1971, when the Lion Mark was also dropped.

Poultry World responded to the change and established the Egg Marketing Awards to recognise the work of individual producers in promoting their products, and encourage others to follow suit.

The industry faced another challenge in December 1988 when junior health minister Edwina Currie made her unguarded comments about the health status of the nation’s eggs.

During a television interview, she claimed that “most of the egg production in this country, sadly, is now affected with salmonella”, remarks which soon led to her resignation – and a 60% overnight drop in egg sales. 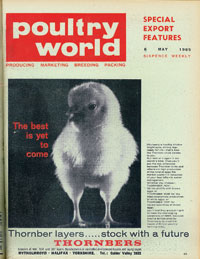 The government did introduce measures to improve egg safety and embarked on campaigns to reassure the public. But egg sales continued to fall over the next 10 years, as highlighted in our regular market updates.

As a direct result, the British Egg Industry Council reintroduced the Lion Mark in 1998, pumped more money into promotion and egg sales finally began to recover.

Poultry World was also there to report and advise a few years later when H5N1 avian flu spread across the world, arriving on these shores in 2006.

As well as providing the most up-to-date news on the outbreak, and publishing practical guides to help farmers protect their birds, we harnessed the power of the internet, using our website to get the latest advice out as fast and as far as possible.

This commitment to serving readers needs has been part of the magazine’s ethos for more than 100 years – whatever the size, shape or colour of the front cover.

* What do you make of our new livery? Comment on our Forum