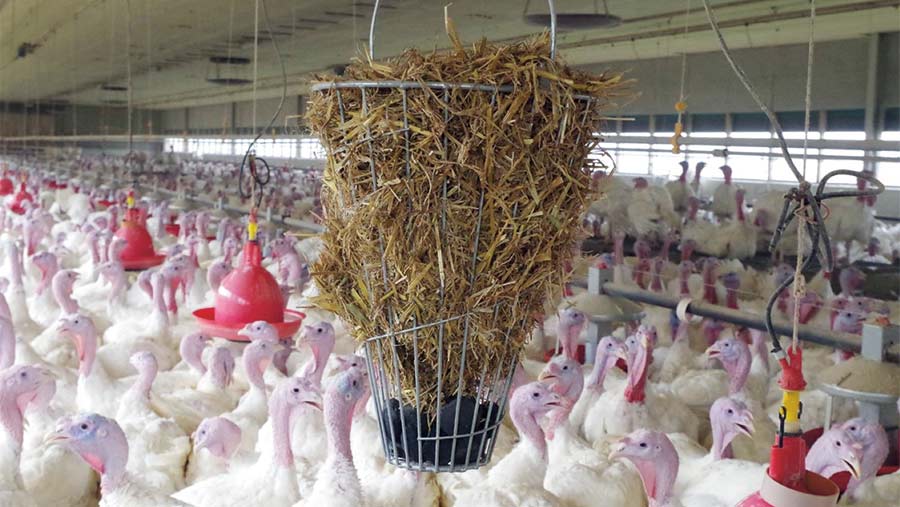 The laying hen sector in the UK is working hard to determine exactly how farmers might manage without beak treatments. But in Germany a ban has been extended to turkeys – more active birds that are widely considered more prone to aggressive pecking.

Many poultry types, such as turkeys, laying hens and parent stock, are treated when they are day-old chicks with an infrared light, which causes the sharp tip of their beak to blunt.

When those birds are fully grown, the blunting effect mitigates some of the worst damage that can be inflicted if something triggers aggression in the flock. 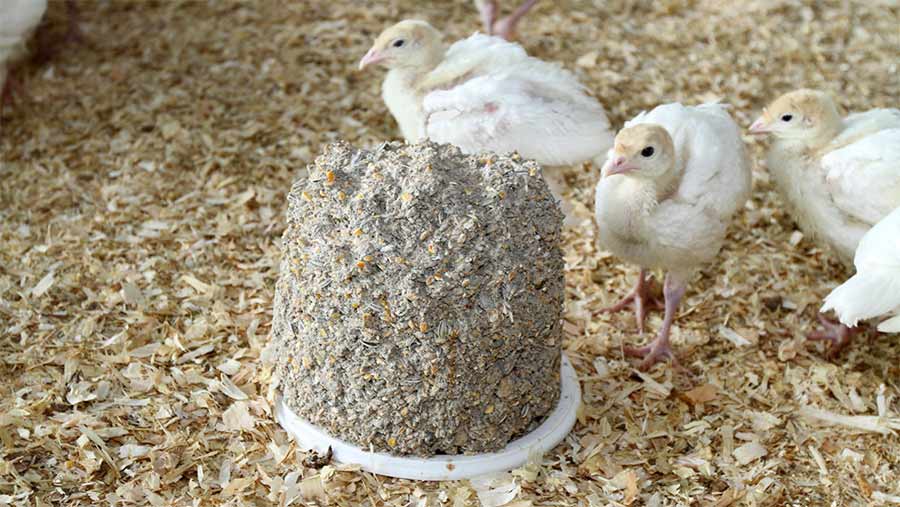 Germany changed its constitutional law in 2002, making animal welfare a higher priority. Politicians hoped to make the country a leader in Europe, according to Hartmut Meyer of the breeding company Moorgut Kartzfehn von Kameke.

Laying hens have not had beak treatment in Lower Saxony since 2017, and from 1 January this year, beak treatment for turkeys was formally made illegal, although the government acknowledged that the industry was not ready to stop the practice.

So turkey producers who wish to rear birds with beak treatment now have to apply for a “document of indispensability”, which must be submitted to the hatchery before the treatment can take place.

Only infrared is permitted, and when birds are fully grown the distance between the lower and upper beak must be less than 3mm.

Moorgut Kartzfehn von Kameke has trialled a number of shed enrichments such as hay in hanging baskets and even old clothing such as pairs of jeans, made available to peck. But birds soon lose interest, Mr Meyer says.

The company tried scattering live insect larvae to distract birds. While it proved more successful than the static enrichments, it was only truly effective while birds were growing, up to 14-15 weeks of age, after which mature males lost interest in foraging for the larvae.

Separate to this, a working group tried to find ways to mitigate the mortality caused by pecking but had limited success.

The project involved six turkey farmers from locations around in Germany and took place over two years, finishing in September 2018. It offered financial assistance to support different interventions.

In total 19 turkey flocks with 450,000 male and female turkeys took part in the study, of which 62,000 had not received beak treatment.

A broad range of tactics was employed on the trial farms to establish if any practice had a significant impact on pecking behaviour – from enrichments such as hay bales or pecking blocks, to feed additives to light management.

Despite a concerted focus, the trial found little evidence of any intervention that reduced feather pecking. Only a “tremendous” reduction in light intensity (less than 4 lux) appeared to have any effect.

But there is a voluntary standard in place which requires lighting at 20 lux as a minimum. In addition, says My Meyer, many farms in Germany are open-sided, and new enclosed sheds must have windows installed.

Mr Meyer said that – at present – the government and most NGOs had accepted that the industry was not ready for a binding ban, but he suggested it might not be all that long before one came into force.

Some of the enrichments trialled

*This report comes from the 13th Turkey Science and Production Conference.