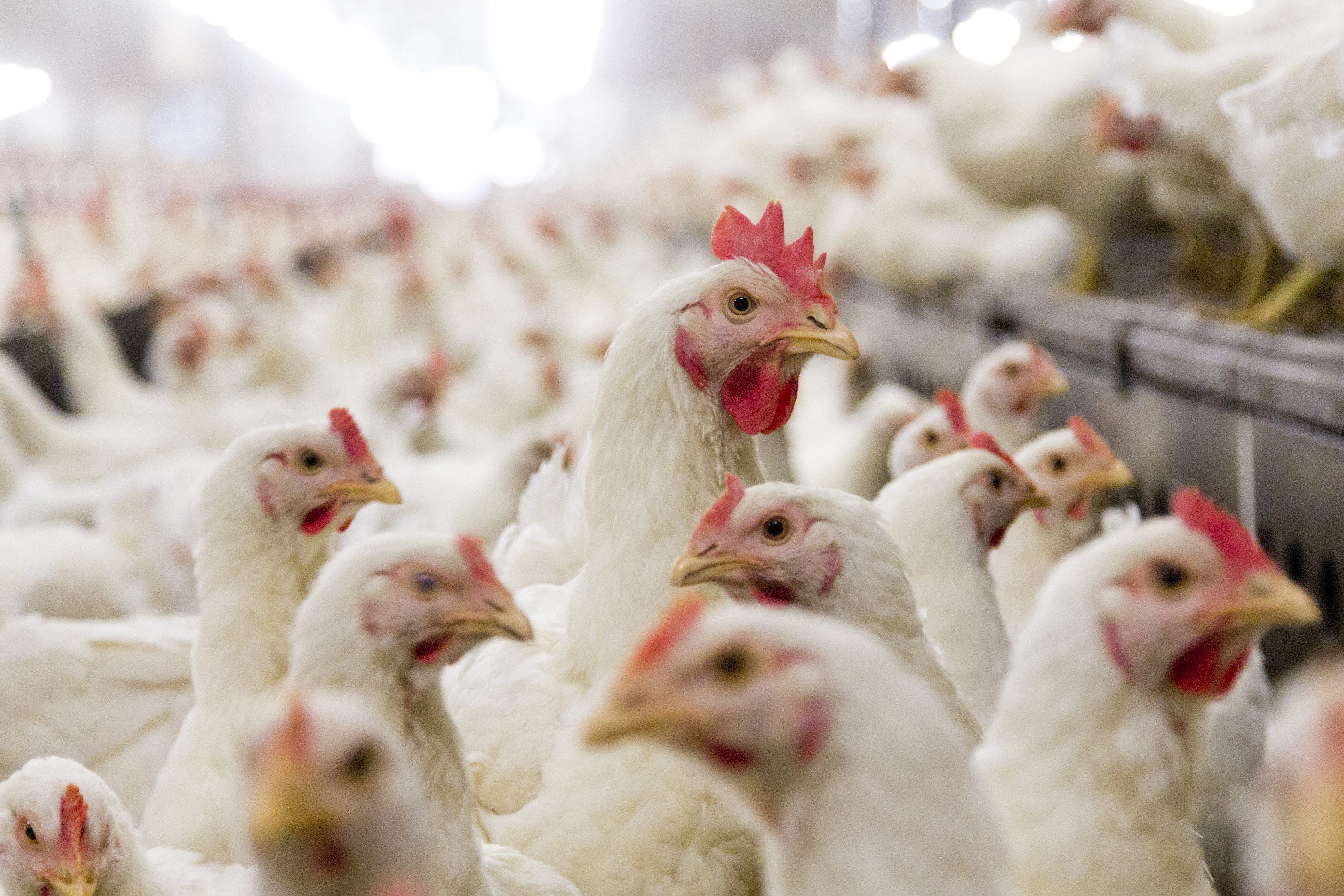 The “Brexit: getting the best deal for animals” report, produced by animal protection groups and brought together through Wildlife and Countryside Link and the UK Centre for Animal Law, includes a section on poultry within the animals in agriculture section. Photo: Bart Nijls

The “Brexit: getting the best deal for animals” report, produced by animal protection groups and brought together through Wildlife and Countryside Link and the UK Centre for Animal Law, includes a section on poultry within the animals in agriculture section.

Among the recommendations for specific animal welfare reforms is a call for improving the welfare of broiler chickens by providing more space for birds. The report says:

“In the UK, most broiler chickens are stocked at 38kg/m2. As chickens in the UK weigh around 2.2kg at slaughter, this equates to approximately 17 chickens kept per square metre, representing substantial overcrowding.

“At such high densities, broilers can have high levels of infectious pathogens, leg disorders, foot pad burn and mortality. To protect the welfare of broiler chickens, the maximum permitted broiler stocking density should be reduced to 30kg/square metre, the maximum allowed by the RSPCA Assured scheme.

“Today’s chickens have been selected to reach slaughter weight nearly twice as quickly as 40 years ago. Their legs fail to keep pace with the rapidly growing body and often are unable to support it properly. As a result, many chickens suffer from painful leg disorders, with fast-growth rates being the main cause of this.

Also read: A look ahead at 2018 – Brexit is a concern for the egg industry, as for the rest of UK agriculture read more…

The report highlights the positive effect of labelling in the egg sector on real buying patterns for consumers in the UK.

It says that since 2004 EU law has required eggs and egg packs to be labelled as to the farming method. This has been an important factor, it adds, on the market shift away from cage eggs. The number of laying hens under the RSPCA Assured Scheme has risen from 24% in 2004 to 51% in 2016 as sales of free range eggs have increased. It wants to see post-Brexit all products containing eggs, including those produced overseas, labelled as to farming method involved.

The report also calls for the ending of the use of enriched cages for laying hens, saying the cages provide only minor welfare improvements compared to the banned barren cage.

With Germany banning enriched cages from 2025 – with certain exceptions – it wants to see the UK put in a similar ban so that it does not fall behind other countries.

Finally, the study says adequate stunning of all birds cannot be achieved with water bath stunning systems, as the electrical currents used are often too low, the frequencies too high and birds often move, missing the water bath stunner.

Further, the practice of hanging chickens before stunning caused pain and suffering. While 2 thirds of UK chickens are now gas stunned before hanging, this is usually done with CO2 which can be at a level known to cause suffering – ie above c.30%. The shackling of conscious birds should be prohibited and research funded to develop humane alternatives to water bath stunning and to better understand animal suffering with the use of CO2 gas stunning, the report added.