The Alliance to Save Our Antibiotics is a consortium that lobbies for a drastic reduction in the use of medicines in agriculture. It recently hosted a conference in London.

The three articles below summarise speakers at the group’s recent Medact spring conference. Click the headlines below to jump straight to an individual story. 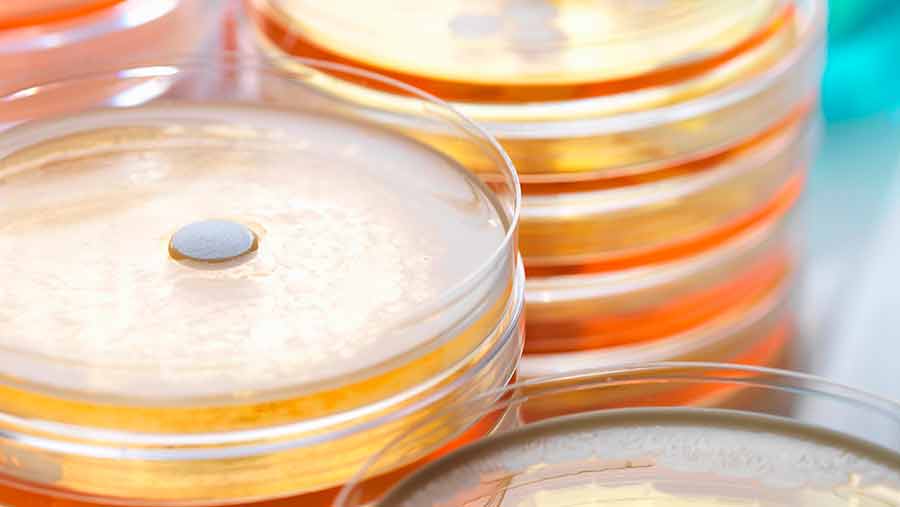 Continued use of fluoroquinolone antibiotics in poultry is undermining their effectiveness in human medicines, according to a report released at the conference.

The study found that countries which have banned these antibiotics in poultry have much lower levels of fluoroquinolone resistance in human campylobacter infections than countries that continue to use them.

Fluoroquinolones are important for treating serious human campylobacter infections, but under EU legislation they can be added to the drinking water of flocks of poultry, even when no disease is present.

European nations which no longer use fluoroquinolones in poultry – Denmark, Finland, Norway, Sweden and Iceland – all have much lower levels of resistance in human campylobacter infections than every other EU country that uses the antibiotic in poultry, according to the report by the Alliance to Save our Antibiotics.

In contrast, the UK has a much higher level of resistance in human campylobacter infections (48%), even though it is an exceptionally low user of them in human medicine. This is due to its continuing use of these antibiotics in poultry. The average for the EU is 60%.

British doctors have cut their use of these important antibiotics in recent years but experts spoke of their concern that progress in human medicine was being undermined by continued use of the antibiotics in poultry.

Tim Walsh, professor of medical microbiology and antibiotic resistance at Cardiff University, said: “We urgently need to curb farm use of drugs classed as ‘critically important’ for humans.

“With doctors now struggling to find an effective cure for serious human infections, it is imperative that the responsibility for action is shared by all stakeholders.”

Data collected and published voluntarily by the British Poultry Council suggests that poultry consumption of fluoroquinolones fell significantly in 2015.

John Blackwell, British Veterinary Association senior vice-president, said the association was promoting stricter conditions for the use of certain categories of antimicrobials, such as fluoroquinolones, which had special importance in human medicine.

Read the report, Why the use of Fluoroquinolone antibiotics in poultry should be banned, on the Soil Association website. 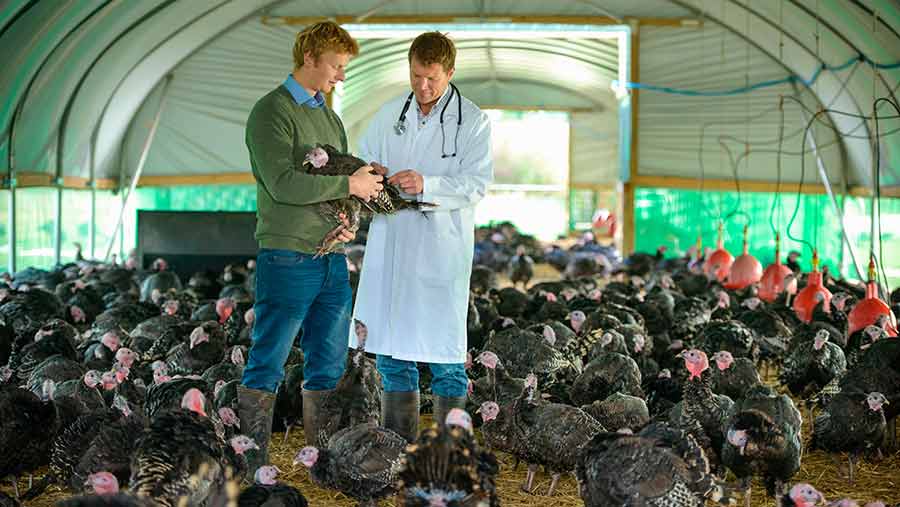 Stronger partnerships between vets and farmers can deliver a change in mindset on antibiotics use both in the UK and across EU member states.

Speakers from Sweden and the Netherlands spoke of some dramatic falls in antimicrobial use. Hetty Van Beers, managing director of the Dutch veterinary medicine authority, said the country’s government had set goals to reduce usage by 20% in 2011, 50% in 2013 and 70% in 2015.

Other measures had included legislation forbidding antibiotics use in pre-medicated feed or as a preventative use, stringent conditions on farmers regarding administering antibiotics, checks by the food authority on their correct use and new formularies guidelines.

Dr Van Beers said that as a result, reduction of antimicrobial usage in Dutch animals had fallen 58% by 2014 due to political pressure and goals, greater transparency in usage and creating more awareness among vets and farmers.

However, she admitted the 70% target had not been met due to issues relating to poor-quality poultry and pig buildings and a feeling among a small section of farmers that they had already made enough changes. Further farmer workshops are planned for later this year.

Jenny Lundstrom, of the Swedish Action on Antibiotic Resistance Group (ReAct), said sales of veterinary antibiotics had fallen from 45mg/kg in 1984 to around 16mg/kg in 2011.

This had been achieved through greater co-operation between farmers, vets and government bodies; an education campaign on prudent antibiotics use, enhanced animal health through better hygiene and management and the use of mass medication only as a temporary solution for a short period.

“There is a mandatory pre-evaluation of farm building plans, antibiotics are only available by veterinary prescription, there is no economic incitement for vets to hand out or sell antibiotics and greater surveillance of antibiotic sales and antibiotic resistance,” she said.

Retailers, too, were working closely with farmers, vets and the government, insisting their own-branded products should not contain antibiotics used as a growth promoter, should only be used after prescription from a vet and there should be documentation of all use of antibiotics.

Vet David Tisdale, clinical teaching fellow at the University of Bristol and Somerset, spoke of the decision by his veterinary practice to cut antimicrobial use, which required changes to herd health management, prescribing policy and some training for farmers on responsible use and compliance.

Mr Tisdale said the practice had decided to stop prescribing fluoroquinolones from 2009 and embarked on a reduction of third- and fourth-generation cephalosporins in 2011. Workshops with farmers proved extremely useful, resulting in a massive 91% fall in systemic use of critically important antibiotics (CIAs).

Ms Browning said it was important for farmers to look holistically across the management of their livestock, taking as much stress out of the production system as possible.

Greater action is needed to build surveillance capability around antimicrobial resistance, according to the Defra’s chief veterinary officer. 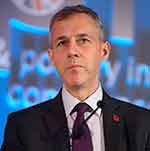 Nigel Gibbens said many countries did not have a regulatory framework around antibiotics and had no surveillance systems in place.

“The levels of understanding in a number of countries are low and the political buy-in for action is low,” he said.

Defra’s stance on antimicrobial resistance was criticised by the Soil Association’s head of policy, Lord Melchett, who accused the department of being complacent: “Defra has a moral obligation to take a lead and put its own house in order.”

Mr Gibbens rejected allegations of complacency, saying the department was a co-signatory with the Department of Health on the government’s Antimicrobial Strategy. He welcomed the recent poultry initiative to publish use of antibiotics between 2012 and 2015, and added the pig industry was also launching work that would provide the department with an excellent evidence-base on use of antibiotics.

“We are not complacent – we are very alert to the challenges here and globally and we need to move to systems that don’t rely on antibiotics that give returns to farmers. Doing nothing at home is not an excuse but also need to work on a global platform.”

Peter Stevenson, Compassion in World Farming chief policy adviser, said it was time for the world to listen to the FAO and the US Council for Agriculture, Science and Technology, which had both warned that modern intensive industrial livestock production systems increased the likelihood of disease.

The solution, he suggested, was lower stocking densities for poultry production and moderate rather than excessive flock size.