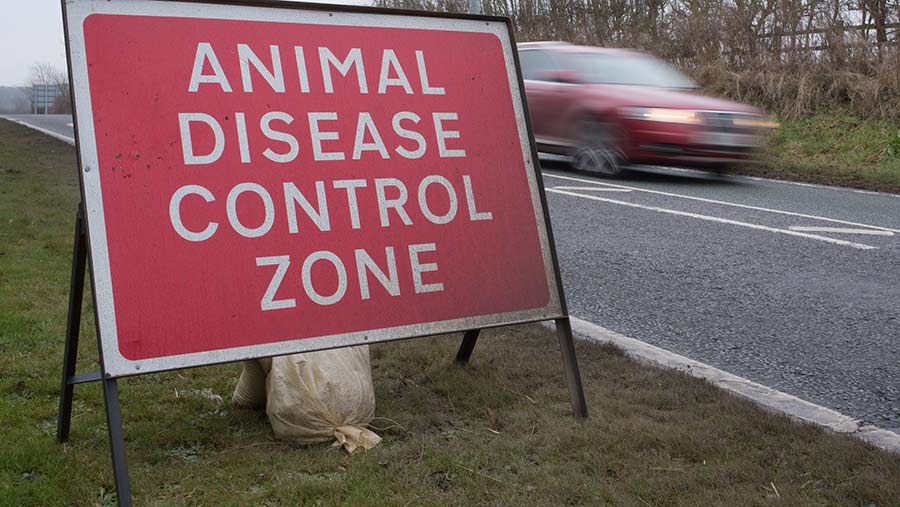 A case of avian influenza has been confirmed in a small poultry unit in Warwickshire, while in France farmers have been ordered to keep flocks indoors to try to contain the virus.

A temporary disease control zone has been imposed around the site near Alcester, Bidford, said Defra. The H5N1 highly pathogenic strain of the virus was confirmed by the department on Monday (8 November).

Avian flu, also known as bird flu, has been confirmed nearby in dead swans in and around the Warwickshire town of Stratford and around Diglis Basin in Worcester.

In the recent cases this autumn, the H5N1 strain was first detected 10 days ago in birds at a wild rescue centre near Droitwich Spa, in Wychavon, Worcestershire.

Further cases have since been confirmed at poultry units in Wrexham, North Wales and Angus, Scotland.

The H5N1 strain is highly pathogenic to other birds, but the risk to human health is considered “very low”.

The chief veterinary officers for England, Scotland and Wales have declared an Avian Influenza Prevention Zone (AIPZ) across the whole of Great Britain, to mitigate the risk of the disease spreading among poultry and captive birds.

Under the prevention zone, poultrykeepers with more than 500 birds must restrict access for non-essential people, change clothing and footwear before entering enclosures, and site vehicles must be cleaned and disinfected regularly.

Backyard owners with smaller numbers of poultry, including chickens, ducks and geese, have been told to take steps to limit the risk of the disease spreading in their animals and remain vigilant.

For poultry and captive birds, the risk level of an avian flu incursion has been raised from “low” to “medium”.

The Irish government’s Department of Agriculture, Food and the Marine has confirmed avian flu H5N1 in a peregrine falcon in the Republic of Ireland.

Meanwhile, in France, farmers have been ordered to shelter all poultry normally kept outdoors. This includes the installation of nets to avoid potential contact between poultry and infected migratory birds.

Julien Denormandie, France’s agriculture minister, said: “Since the beginning of August, 130 cases or outbreaks of avian influenza have been detected in wildlife or in farms in Europe, particularly on the shores of the North Sea and the Baltic Sea, including three outbreaks in farms in Germany.”

The French authorities have confirmed three cases of avian flu in backyard poultry flocks in Ardenne and Aisne. The risk level has been raised to “high” in mainland France.

Defra says the possible need to introduce a mandatory housing order in the AIPZ is being kept under review. “Further disease control measures will be based on the latest scientific evidence and veterinary advice,” says the department.