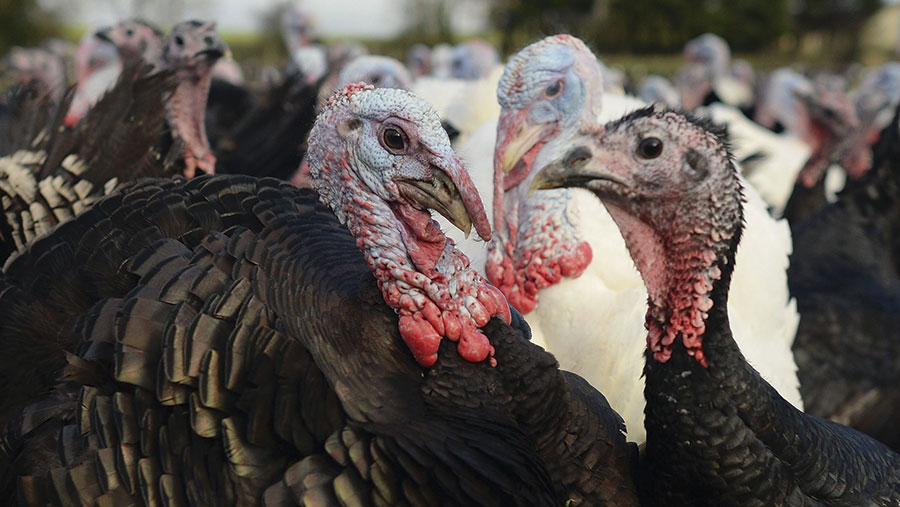 Highly pathogenic avian influenza has been confirmed at a turkey-fattening site in North Yorkshire and all 10,500 birds will be culled.

The H5N8 bird flu strain was confirmed at the farm near Northallerton on Saturday 28 November.

To stop the disease spreading, a 3km protection zone and 10km surveillance zone have been put in place. These zones replace the temporary control zones that were in place on Saturday.

An avian influenza prevention zone is in place in England, Scotland and Wales which requires all bird keepers to take biosecurity precautions.

Last week, the H5N8 avian influenza strain was confirmed in poultry and captive birds at a premises near Melton Mowbray in Leicestershire.

On 19 November, H5N8 avian influenza was also confirmed in captive birds at a wetland centre near Stroud in Gloucestershire.

Chief veterinary officer Christine Middlemiss said: “Following a number of confirmed cases in the UK, there is currently an avian influenza prevention zone in place across the country to ensure that we can eradicate the disease as quickly as possible.

“Bird keepers should remain alert for any signs of disease, report suspected disease immediately and ensure they are maintaining strong biosecurity measures on their premises.”