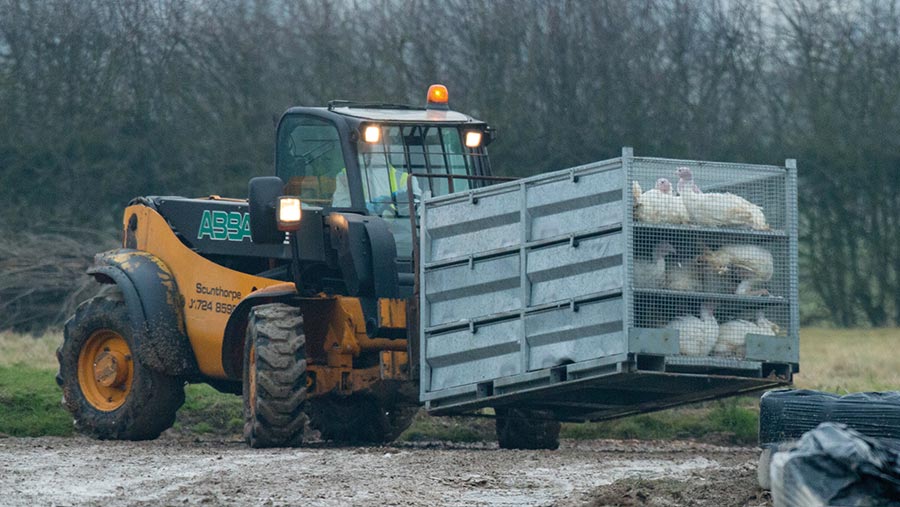 Avian flu is every poultry producer’s worst fear; infection can cause widespread mortality, and confirmation of the disease will usually trigger a cull of the flock, followed by stringent cleaning and disinfection measures.

Producers are not able to restock until at least 21 days after the clean-down has been approved, and movement restrictions will be put into place.

Although there is compensation available for slaughtered birds, any that die naturally from the disease are not paid for, so losses can be considerable. 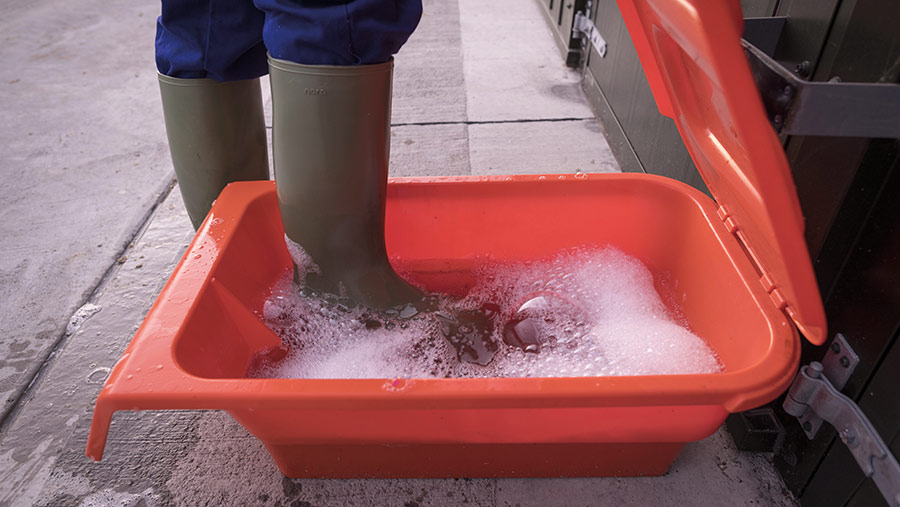 This means stringent biosecurity is the key to minimising the risk of avian influenza (AI). 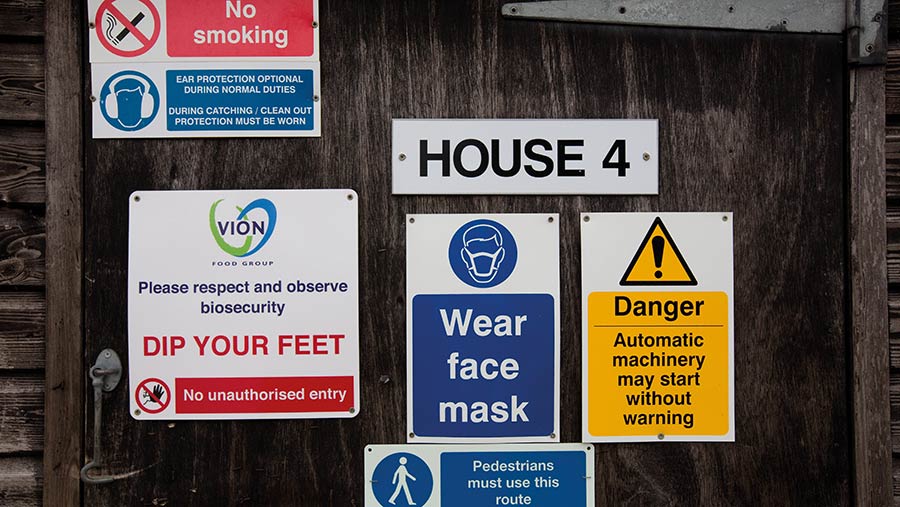 Free-range birds are most at risk from AI, given the difficulty in controlling their environment. Lakes and ponds and puddles are all a potential risk for disease spread from wild birds.

How to recognise AI in your flock

Both have similar symptoms, but the HP strains are much more virulent and can wipe out an entire flock in a short space of time. In LP strains, mortality in flocks is usually low unless accompanied by secondary bacterial or viral infections.

Symptoms for LP strains are more subtle and sometimes absent and the disease may take longer to identify.

What to do if AI is suspected

AI is a notifiable disease, so producers must immediately report it to the authorities.

Failure to contact the relevant authority is an offence. Dead wild birds – particularly waterfowl – should also be reported.

On receiving notification of an outbreak, the government authority will assess the situation and send a vet to establish if the disease is present and whether it is likely to have spread.

They will most likely put in place movement restrictions and may impose restrictions on other farms in the local area. 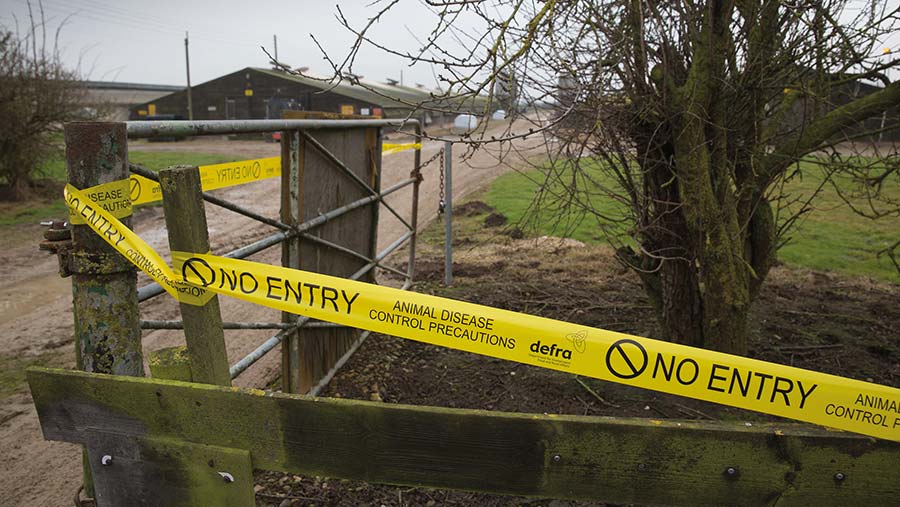 If AI is confirmed, the whole flock will usually have to be culled and disposed of, followed by a thorough clean-down and disinfection of housing that must be signed off by the Animal and Plant Health Agency (Apha).

Limited restocking of sentinel birds may then be allowed to confirm that the disease is no longer present, and full restocking may be permitted 21 days after secondary disinfection.

What if there’s an outbreak in the area?

Protection zones – Depending on the severity of the outbreak and the strain of the disease, Defra may impose movement restrictions, protection zones and surveillance zones in the area.

Protection zones are typically within a 3km minimum radius and surveillance zones cover at least 10km from the outbreak.

Housing – Poultrykeepers will usually be asked to house birds until further notice – and it is part of the Lion Code assurance that producers are prepared to house at short notice.

This means ensuring sufficient bedding, feed and labour to look after the birds’ welfare.

“There is a risk of increased stress and aggression, so inspect the birds frequently to check they’re not feather pecking,” says Mrs Mouland.

Environmental enrichment may relieve boredom, or the vet can prescribe a calming agent to put into the water.

Record-keeping – One of the most challenging things, if caught in an outbreak, can be accurately tracing the disease source.

Every possible vector of the virus will be explored, and those without detailed farm records will delay the time it takes to get up and running again.

It’s well worth keeping a copy of this off site, or stored digitally, for easy access in the event of an outbreak.

Latest thinking on the disease

The UK has been free from avian influenza since 13 June 2020.

However, outbreaks of highly pathogenic AI (the H5N8 strain) have been found in poultry and wild birds in several countries across Europe.

These include Russia, Kazakhstan, Bulgaria and Hungary, with high mortality in both commercial poultry and wild birds.

The European Centre for Disease Prevention and Control issues regular updates on AI outbreaks and is urging EU states to step up surveillance and biosecurity measures this winter.

It follows outbreaks of HPAI in western Russia and Kazakhstan: a known autumn migration route for wild water birds heading to Europe.

According to the report, Northern and eastern Europe are likely to be the most vulnerable to new outbreaks.

When HPAI was detected in the same area of Russia in the summers of 2005 and 2016, epidemics followed in northern and eastern Europe.

If the pattern is repeated this year, HPAI is expected to arrive in the same areas of Europe in autumn or winter. Subsequent spread to countries in southern and western Europe is also possible.

Spread of the virus is likely to be triggered by a sudden and persistent fall in temperatures in central Russia and Kazakhstan.

Several studies demonstrate that cold weather conditions led to the rapid westward expansion of the HPAI virus by infected migratory birds during the 2005-06 and 2016-17 waves.

In the UK, high-risk areas are those that attract migratory wildfowl.

An interactive AI risk map is available on the Defra website, along with detailed guidance.