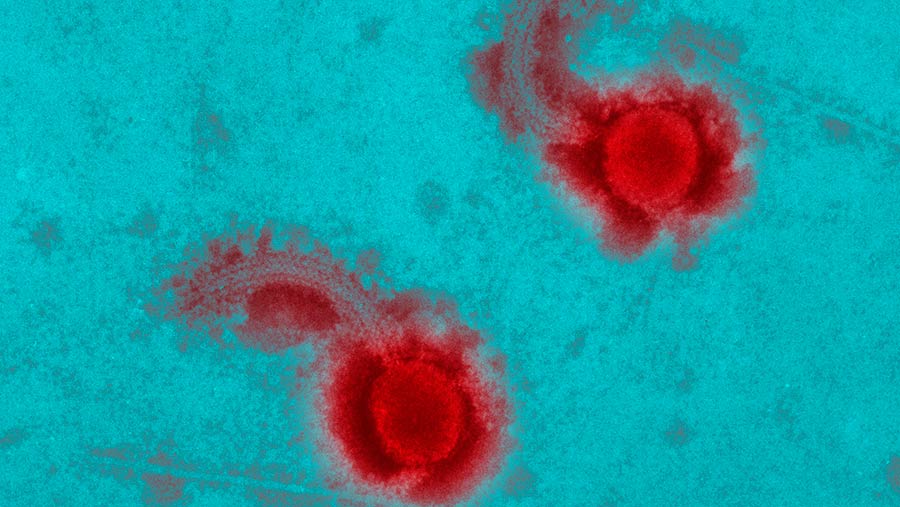 US scientists believe they have found an effective way to cut salmonella rates from meat products using novel virus strains.

The researchers, from the University of Nevada, have reduced salmonella in meat products by up to 90% after using a new pathogen prevention system.

In the research, meat products contaminated with four salmonella strains were infected with myoviridae bacteriophages – a virus that targets and destroys targeted bacteria. They are not considered harmful to human health.

Amilton de Mello, assistant professor at the College of Agriculture, Biotechnology and Natural Resources at the university, said the bacteriophages successfully invaded the salmonella cells and destroyed them.

“The results were very encouraging, and we’re hoping this can be adopted by the meat industry to increase food safety. We were able to reduce salmonella by as much as 90% in ground poultry, ground pork and ground beef,” he said.

The results came in the same week that the Food Standards Agency (FSA) released a review of science, undertaken by research institute Campden BRI, on the potential use of bacteriophages in food.

That project focused on five key pathogens that can be harmful to humans when ingested: salmonella, campylobacter, listeria, E coli and staphylococcus.

It found that certain bacteriophages approved as a food additive in the EU or with GRAS (Generally Recognised as Safe) status in the US could be used to reduce the amount of listeria monocytogenes, salmonella enterica or E coli 0157:H7 on a wide range of food types, including poultry.

Among the conclusions from the FSA review was that further work was needed to confirm whether bacteriophages provided a one-off “kill”, or whether they have an ongoing effect and so could protect against recontamination of food by bacteria.

The report’s authors said this was important as “the mechanism of action of a bacteriophage will determine whether they should be regulated as food additives or as processing aids”.

“Additionally, if they only act as a one-off ‘kill’, then food could be susceptible to being recontaminated by the bacteria and so there could be an increase in the level of the food pathogen following the use of the bacteriophage.”

The report concluded it was unlikely that a single bacteriophage would be effective against all strains of a particular bacterial species and that a cocktail of bacteriophages may be necessary to reduce contamination. The use of a bacteriophage with other antimicrobial treatments, such as nisin, often resulted in an improved “kill” of the target bacteria.

There are no approved bacteriophages at EU-wide level but some European countries allow their use under national legislation.