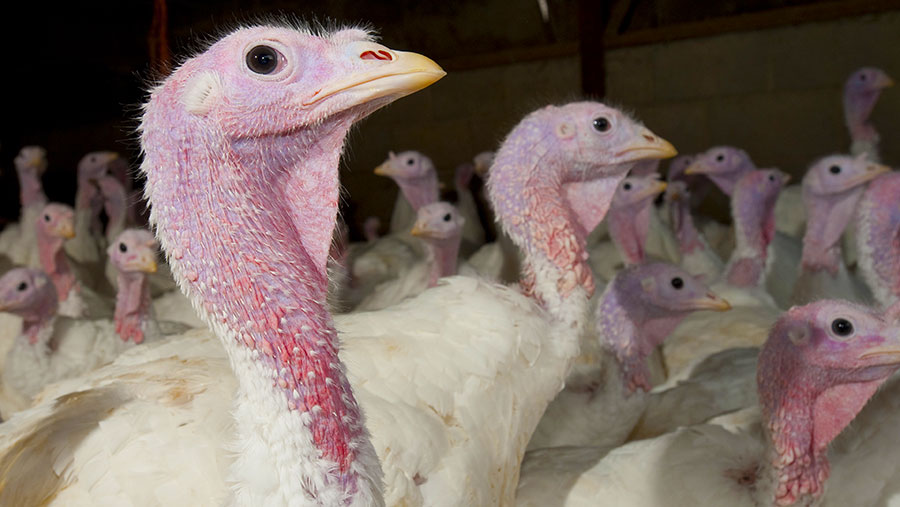 Avian influenza has been confirmed on a turkey farm near Louth, in Lincolnshire.

It marks the first incursion of the virus to the UK following a migratory season that has seen hundreds of wild birds across Europe found dead, and thousands of commercial poultry culled to try and contain the disease.

It is understood that mortality on the farm was up to 80%, suggesting a highly pathogenic strain.

Public Health England has insisted that the risk to the public is very low, and that cooked poultrymeat poses no threat to health.

Chief veterinary officer Nigel Gibbons said it was the same strain of the disease that had been circulating in Europe.

“Immediate steps have been taken to limit the risk of the disease spreading and all remaining poultry at the farm will be culled.

“Public Health England has confirmed that the risk to public health is very low and the Food Standards Agency has said that bird flu does not pose a food safety risk for UK consumers.

“Bird keepers should remain alert for any signs of disease, report suspected disease immediately and ensure they are maintaining good biosecurity on their premises.

“We are urgently looking for any evidence of disease spread associated with this strain to control and eliminate it.”

A PHE spokesperson added: “Avian flu (often called bird flu) is primarily a disease of birds. There have never been any recorded cases of H5N8 in humans and the risk to public health is considered very low.

“We continue to work closely with Defra throughout this investigation. Despite the risk being very low, we will offer health advice to those people who may have been exposed on the farm as a precaution.”

The housing order put in place on 6 December remains in place in England, Scotland and Wales, including within the Protection and Surveillance Zones.

Defra said poultry and captive bird keepers should continue to house their birds, where practicable, maintain biosecurity and remain vigilant about the health of their birds.