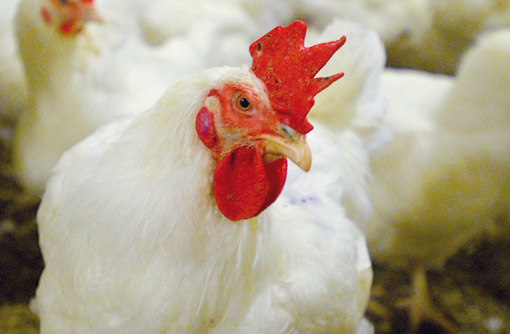 And these improvements must continue if the world’s growing demand for affordable protein is to be met, says Graeme Dear, general manager at Aviagen.

The global population is projected to reach between eight and 10 billion people by 2040. Dr Dear estimates that, if chicken consumption continues to increase at current rates then, by 2040, demand will have reached 113m tonnes a year compared with 83m tonnes today.

Fortunately, poultry genetics is on an upward trend, too. The modern broiler’s weight, compared with a 1972 bird, has increased more than 100%, while FCR at 2kg has dropped from 2.24 to 1.64. This means that a broiler today will consume a kilogram less feed before reaching target weight. Dr Dear estimates that this saves the UK industry almost £14m a year. “That’s what breeding has been delivering.”

In 40 years’ time, a bird could realistically reach 2kg at just 20 days, he predicts. That means that production cycle frequencies could increase. But it also offers opportunities for longer turnaround times, lower mortalities or a different health and welfare status.

A bird with such growth rates would have the potential to reach 3.5kg in 35 days, at which point it would have an FCR of 1.038, says Dr Dear. “But the market doesn’t need that bird.”

Despite the gains in bird mass and growth speed over the last 40 years, mortality rates have not significantly increased. “With all the additional pressure that’s being applied to the broiler, it can still survive.”

But modern broiler breeding is about more than just maximising growth rates while keeping a lid on mortality.

Today genetic selection criteria exist, covering the birds’ health, robustness, fitness and ability to further reproduce. “Everything has to be in balance; everything has to go hand in hand.”

Robustness in particular is critical, says Dr Dear. “There’s no way that a bird of that magnitude can survive if you don’t continually improve its robustness at the same time.” Keeping birds’ health in line with improvements in performance will be crucial.

This will be closely tied to the public’s perception of any genetic improvements. “One of the key challenges will be to persuade the consumers that these projections are OK, that they don’t compromise welfare or health.” The worry is that consumers may see this high level of genetic husbandry as unnatural.

The worry is that consumers may see this high level of animal husbandry as unnatural.
Graeme Dear, general manager Aviagen

Dr Dear suspects that these concerns will be more palpable in more developed and wealthy parts of the world. Consumers will want a choice between high-value birds and those grown with high welfare the priority.

Slower growing, high-quality broilers will remain in demand within these markets, he believes, and there is no reason that these breeds can’t be subject to targeted improvement. This may be a more attractive prospect for consumers, if the message that less feed consumed means a more sustainable bird can be conveyed effectively.

But developing parts of the world will have a different set of requirements. Massive population growth and rising household income mean that demand for cheap and readily available protein will explode. “Many people just want food,” says Dr Dear. He believes that the industry cannot afford to not keep improving feed conversison ratio.

The potential is there to go two ways, and the market will decide which; birds with shorter cycles and higher welfare, or larger birds to feed the masses. “The future for chicken farming is phenomenal,” says Dr Dear. 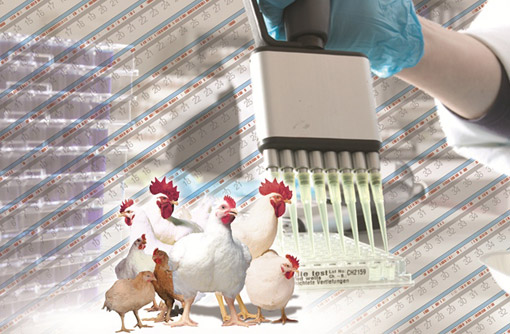 Genomic selection coming to the forefront

The genome of the chicken was first mapped in 2004, and Aviagen is now using markers to add another layer of identification to breeding selection.

Genomics can be used to identify the genetic characteristics of an individual bird. By studying the relationship between these markers and traits that breeders target, such as feed conversion ratio or disease resistance, they can identify birds more likely to improve breeding stock.

Aviagen says that by finding “naturally occurring markers” within the genome of a bird, it can breed stronger and more productive birds. This adds detail to, rather than replaces traditional breeding selection. The actual breeding process is unchanged.

“With genomics we can now see exactly what the genetic configuration of each bird is and what has been inherited from its parents,” he adds. “Before genomic information was available, differentiating between individual birds from the same parent stock was not possible.”

Using genomic information will also speed up the breeding process, as increased accuracy means it’s more likely that a better bird will be selected.

The genomics programme, which began before the chicken’s genome had been sequenced, has expanded both in scope and scale. One example of this, says Mr Avendaño, is the increase in the number of DNA markers reviewed.

The firm has been using genomics in selection since June 2012, but it will be a few years before birds bred using the new technology are on the market. It expects improvements in fitness and reproductive traits to emerge in parent stock in three to five years, and between four and five years for these to appear at the commercial broiler level.

Quality is the watchword: Mark and Louise Forster, Penrith

Mark Forster and his wife Louise know what a difference feed conversion ratios can make to a bottom line – thousands of pounds a shed.

The reduction of stocking rate is because the modern market wants healthier, higher welfare birds. “Quality is the watchword these days,” says Mr Forster. “We have to produce grade-A chickens, with no markings, no lesions and no disease. That’s the sign of a high-welfare bird.”

The farm began keeping detailed records in 1983, when a broiler’s FCR was 2.1%. Dropping it by 20 points to 1.9% means that each bird is eating 0.55kg less feed over its lifetime. Based on an average feed cost of £320/t, that’s equivalent to a saving of £4,570 for each shed. “FCR is the most important consideration to keep costs down.”

Broilers’ leg strength, robustness and foot health have also improved. Mortality has dropped on his farm, from 7% in 1983 to 5% today. Reject levels have also dropped from 2.05% to 1.35%, he says.

Mr Forster believes much of the improvement has been derived from the involvement of large integrators, which have significant research and development budgets. As a result, his chickens have become progressively healthier and more productive. “We simply understand the chickens much more,” he says.