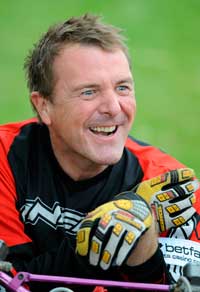 A new £250,000 marketing campaign is set to put eggs back on the menu with the first television advertising used to promote the staple for three years.

British-produced Lion brand eggs will be promoted during a new celebrity cooking show, Ten Mile Menus, which will being airing on ITV1 at the end of the month.

The five programmes will be shot in locations across rural Britain and will see teams of two battle each other to cook the best meals using produce sourced from within 10 miles.

“It gives us a great opportunity to remind consumers of the British Lion brand as well as highlighting the range of quick and easy meals that can be made with eggs.”

The TV campaign is part of a £1m drive to promote eggs by the BEIC using advertising, celebrity endorsement and cooking demonstrations, culminating in British Egg Week from 4-10 October.

Ten Mile Menus will be broadcast every day of the week 26-30 July at 5pm.