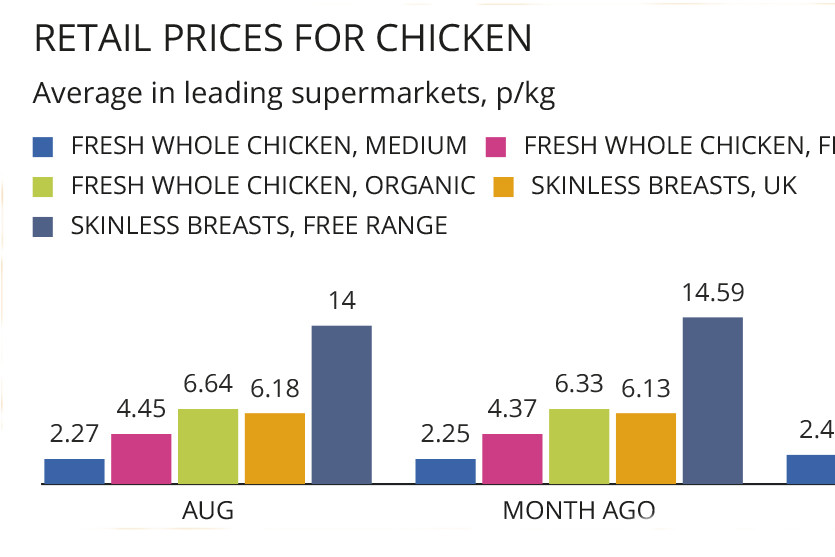 Broiler expansion near 10% in some months this year

The average rate of expansion rose from 4.4% year-on-year in the first quarter, to a remarkable 7.4% in the second, according to latest placings figures from Defra.

It all adds up to an extra 30 million chicks placed in the first half of the year, which is a substantial amount of extra capacity.

Peak months were March, May and June, when growth averaged 8-9%.

There was no such welcome news for the turkey sector, however, where placings continued to fall in the second half. More encouragingly, the rate of contraction at least slowed from 9.3% in the first quarter to 3.6% in the second.

Overall, the number of poults placed in the first six months of this year was 400,000 down on the same period in 2016.