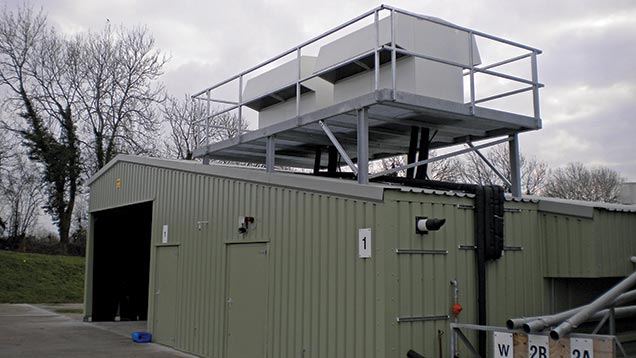 Air- and ground-source heat pumps can provide a viable source of warmth for poultry sheds.

Since the introduction of the Renewable Heat Incentive (RHI) in 2011, agriculture has been quick to adopt new renewable energy technologies which offer cheaper fuel plus a secure income stream from government subsidy.

In particular, there has been a huge uptake by broiler growers of biomass boilers, fuelled mainly by wood chip or wood pellets to replace gas and oil heating systems.

But, as RHI rates for biomass boilers have been reducing, technologies such as heat pumps have become worthy of consideration, argues agricultural consultant Ray Williams.

In essence there are two technologies, both of which are powered by electricity to produce more heat than the input power. They are:

“Heat pumps are a viable alternative to biomass for a number of reasons,” says Mr Williams. “Once installed, they require little management as there is no woodchip to buy and no blockages to clear.

“There is little maintenance required and efficiency will not degrade in time, unlike biomass boilers that suffer with soot build-up which adversely affects their efficiency, unless they are regularly serviced.

“During the night, heat pumps can run on off-peak electricity in order to reduce running costs,” he adds. “And they produce hot water at a temperature ideally suited to underfloor heating, but can also work with radiator based systems.”

Under floor heating has a number of advantages in that the heat is delivered to where the birds are and the flow temperature of the circulating water can be greatly reduced, using less energy to heat the water. But capital costs are higher than other systems.

The economics of heat pumps stack up primarily because the government supports this technology through RHI payments. These are index-linked and guaranteed for 20 years, based on the amount of heat used.

According to Worcester-based system provider Ecotec, a system based on using heat pumps to fuel an underfloor heating system in a broiler shed should pay for itself in less than five years.

Here’s how the numbers stack up for a ground-source heat pump on a single broiler shed:

Coefficient of Performance for heat pump 5:1

Assuming the system cost is recovered in five years, this means that for the 15 years remaining of RHI payments, total revenue will amount to £378,000 per shed. With index linking, the actual benefit will be much greater.