Poultry farmers have long embraced technology to improve bird monitoring and precision management – and there are always innovations in the pipeline.

We review the areas in which new technology could revolutionise the future of broiler production.

Ever since poultry was first bred for meat production, innovation has played a crucial role in making chicken a more efficient protein.

Today, it is the UK’s most popular meat because of that efficiency – rearing birds in controlled environments and breeding programmes that get more from less feed every year all contribute to chicken’s popularity.

Technology plays a key role in transforming how farmers interact with their livestock.

Poultry farmer and entrepreneur David Speller outlines four areas in which there is potential to improve performance through the adoption of new kit. 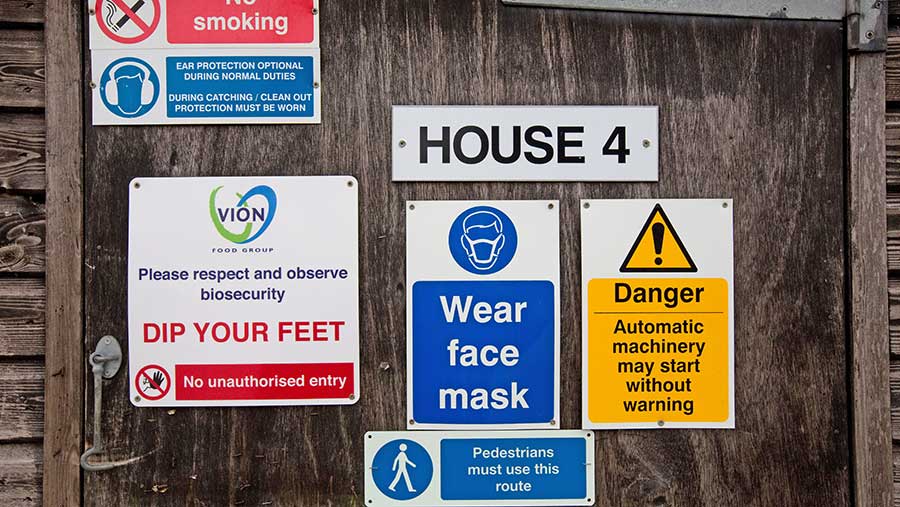 Farm design is an integral part of effective biosecurity. While it is possible to retrofit systems into an existing unit, it’s worth placing biosecurity at the heart of a new build.

Mr Speller’s company, Applied Poultry, builds sheds on behalf of investors worldwide, so can continually adapt their design to ensure biosecurity is at the forefront of farmworkers’ minds.

One recent development spent £15,000 on painting green, yellow and red galleries along a corridor just to highlight where staff should be walking to minimise the risk of disease spread.

Air showers could also offer a more palatable alternative to shower-in, shower-out sites. “I’m not always keen to jump into a cold shower in a tin shack and put on second-hand overalls to wander round a farm,” says Mr Speller.

Air showers blast fresh air in a cubicle to take loose debris off the worker. “I’m more likely to want to use that – particularly at three in the morning when an alarm is ringing and nobody’s watching me, and I just want to get to the farm,” he says.

Biosecurity is most often thought of as keeping bacteria out of sheds, but it could be that keeping friendly bacteria in will become more of a priority in the future. 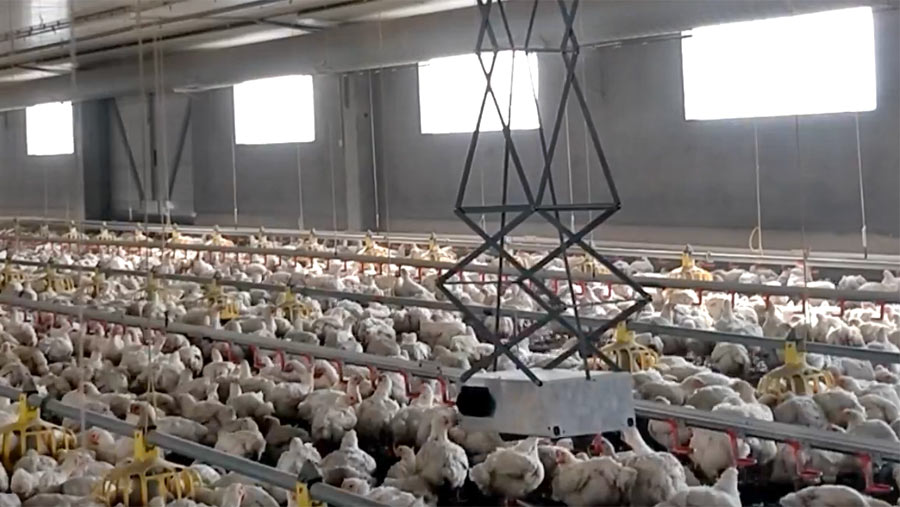 Automating routine tasks is potentially a big win for the broiler sector – not least by reducing the number of times a stockman has to enter a shed, as this improves biosecurity. But robots also have the potential to increase the amount of data captured on farms.

One system available, the Chickenboy, travels along rails fixed to a shed ceiling and can scan the floor for dead birds.

“It will draw a map showing where the dead birds are, and it will take a photo of each one. I can start to show my vets those photos and say this is what the birds looked like exactly when they died,” says Mr Speller.

At present, it is only possible to monitor total dead, and more challenging to determine if a particular area is problematic.

But free-moving robots could examine every square metre of a barn and map out how air is moving through each part.

And there is some evidence that roving robots break up dominance in farms, potentially improving flock uniformity.

Another opportunity is robots that post-mortem birds – a repetitive task that usually involve a vet visit to the farm. Automation would allow a report to be sent to the vet’s offices instead. 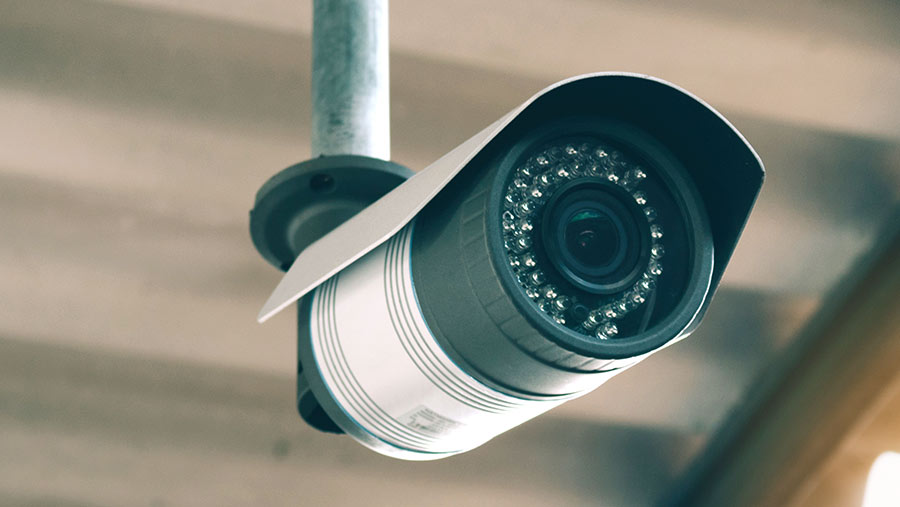 Most broiler farms monitor humidity, temperature and other basic metrics. But there is huge potential in expanding what is recorded within sheds.

It’s relatively simple to train basic CCTV cameras to know whether lights are on or off, or inlets are open or closed.

Beyond that, cameras can reveal the distribution of birds in a shed, how they are moving or how many are feeding at any given point. This can offer new levels of insight. It’s also never clear exactly how many chicks are delivered – something technology could address.

Thermal imaging can point out cold spots, but more advanced systems could begin to map how feed is digested in birds.

Another technology showing signs of promise is the e-nose, which “sniffs out” volatile compounds before birds show any sign of disease.

“We have been able to detect things like Clostridium perfringens two days before we saw any diarrhoea or loose dropping on a bird,” Mr Speller says.

A robot with an e-nose could pinpoint exactly where a disease began in a shed, and how long it took to spread across the unit.

Another emerging technology is on-farm bacterial analysis. A device developed with Cambridge University can give a real-time indication of what bacteria are present in a sample. 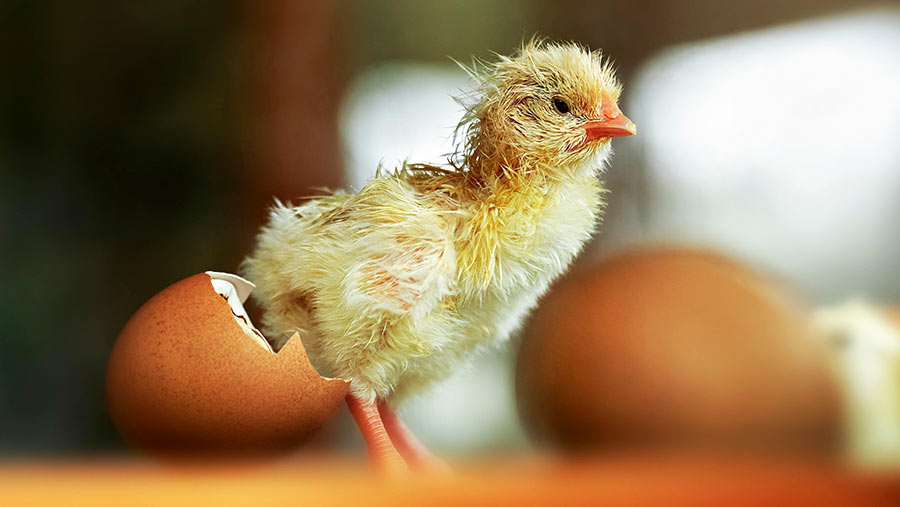 Broilers are typically grown to 30-40 days, but before that spend 19 days incubating in an egg. Managing that transition is becoming an area of focus for those chasing top performance.

The Dutch have recently revised domestic law to ensure chicks have access to feed within 36 hours of hatch rather than the current 72 hours.

Both trends indicate how early feeding – whether in the hatchery or by hatching birds on farm – is likely to become more common in the coming years.

There is a business trialling on-farm hatching in the UK, but it is more common in Europe. There are challenges – a farm manager has to learn a new skillset – but Mr Speller says it is something consumers would most likely love.

“I have some clients that have mastered it, and they are putting 5% on to their gross margins – but you have to be good at it.”