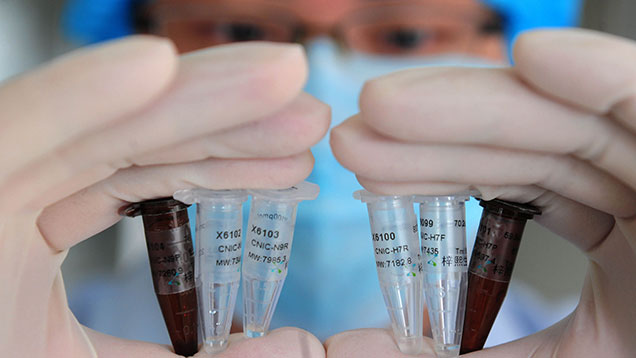 The culling of 10,000 broiler breeders on a Hampshire farm is expected to start shortly, the Animal and Plant Health Agency (APHA) has confirmed, after the detection of a low-pathogenic strain of H7 avian influenza.

Bigpath Farm, Upham, near Winchester, is operated by McKenzie Brothers – the UK’s largest independent broiler breeding outfit. The company produces about 30 million birds a year from 230,000 broiler breeders in 12 laying flocks, on contract for Faccenda.

APHA confirmed on Monday evening (2 February) that low-pathogenic avian influenza had been found. The flock in question was made up of  9,709 females and 811 males.

“Immediately after hens exhibited symptoms of a loss of appetite, together with a drop in egg production, a vet was called in and testing began,” said a statement from McKenzie Brothers.

“Two rounds of veterinary analysis have been undertaken, latterly for avian influenza as a sensible precaution. We have been waiting a number of days for the results.

“Epidemiological investigations into the source of this outbreak are taking place and the farm is fully co-operating with Defra.”

A 1km poultry movement restriction zone has been imposed around the farm and will remain in place for at least 21 days.

Restrictions include bans on movements of all poultry and mammals off farms within the zone, on the movement of hatching eggs out of the zone, and on moving or spreading poultry manure within the zone

Media have been requested to stay away from the farm to enable Defra to carry out disease control measures and reduce the potential spread of the infection.

The H7N7 strain of bird flu last appeared in the UK in June 2008, when a flock of 25,000 free-range layers succumbed on a farm near Banbury in Oxfordshire.

While the source of the latest outbreak is unknown, the APHA has said there is no link with the outbreak of highly pathogenic H5N8 strain found at a Yorkshire duck farm in November.

The British Poultry Council said it is monitoring the situation closely and has urged all poultry farmers to maintain high vigilance and biosecurity.