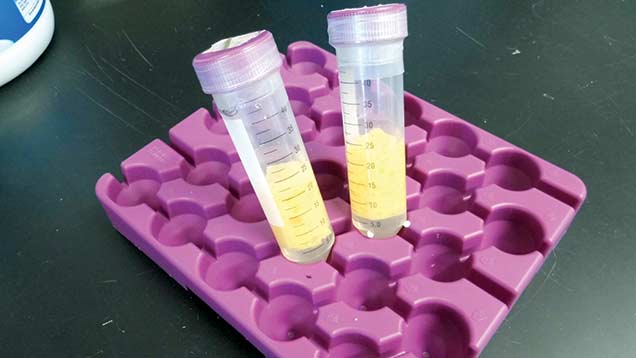 How are other countries controlling antibiotic use in their poultry and what lessons might the UK learn? Jake Davies delves into a new Nuffield Scholarship report on the subject.

Across the world, developed countries are placing restrictions on the amount and type of antibiotics that may be administered to animals. Other, less developed regions then follow suit in order to gain access to those lucrative markets.

As with most such issues of policy, there is little in the way of joined-up thinking. Some countries, such as the Netherlands, have tightened up regulation and created a tightly-controlled prescription system. In contrast, the US’s antibiotics reduction strategy is largely market driven.

Understanding what is happening across the world is crucial. It arms poultry producers and their representatives with the knowledge to make arguments for the continued, responsible use of drugs intended to bolster bird health and welfare.

In a recently published Nuffield Scholarship, Sophie Edenborough, poultry director at Liquid Mineral Services, visited the US, the Netherlands and Brazil to assess practices in three of the most advanced poultry-producing countries in the world.

“I wanted to visit a country that was not exposed to the same consumer pressures as poultry farmers are in Europe,” says Ms Edenborough in her report. Of the three countries, biosecurity here appeared the most stringent – extending the principles of hygiene to the structure of their businesses.

Companies used the great deal of space afforded them to place farms in defined regions of the country, and chicks are commonly placed at the same time on all farms within that region. Regional managers are not allowed to access other areas, making contact between birds of differing ages almost impossible.

Lorries receive a disinfectant spray when entering farms in Brazil.

The majority of farms visited had all-over washing stations for entering vehicles, and some did not allow visitors whatsoever. High fencing and tree cover is also used to create barriers between sheds and the outside world.

There were major differences in the standards for poultry destined for European markets, with stocking rates set at no more than 11 birds/sq m. Birds reared for the domestic market were grown at up to 14 birds/sq m.

Another big difference was the need to adhere to EU veterinary standards if exporting birds to Europe. As such, a number of farmers were beginning to use alternative products to replace the use of growth-promoting antibiotics (see Ways to reduce antibiotic use).

One quirk of the Brazilian way of doing things was placing an orange segment with feed on top in hatching trays that contained chicks that faced long journeys.

Ms Edenborough spent three weeks in the US, visiting Georgia, Arkansas and Pennsylvania. Little in the way of legislation prohibits the free use of antibiotic products there – which is a likely contributor to a consumer backlash against their use.

Today, major restaurants, supermarkets and poultry companies are marketing “antibiotic free” poultry. In practice, this means birds must be guaranteed to have been raised without any such drugs.

Doing so gives them a competitive advantage – like Brazilian businesses that wish to export to Europe, producers wish to capitalise on consumers that want poultry reared without antibiotics.

The concern of poultry farmers at conferences visited was how widespread the antibiotic-free meat was becoming. One round table discussion was themed around the idea that it was no longer a niche product – and would soon lose its premium price.

On the farm, water sanitation was seen as important, with chlorine dioxide being one method used to sanitise drinker lines.

Turnaround between flocks is distinctly different in the US, with farms keeping litter in place for a number of cycles. It is mounded within the shed and allowed to ferment before being spread out ready for the next crop. This process takes up to 17 days for optimum results.

Biosecurity on these antibiotic-free American farms were “not as strict as expected”. Ms Edenborough says they did not seem any higher compared with practices used in the UK. And flocks that became sick would still be treated – the birds simply lost a premium.

Contrary to the US and its “light touch” approach to regulation, the Netherlands has placed heavy restrictions on the use of antimicrobials in intensive livestock.

It has introduced a system based on placing producers into tiers, with comprehensive monitoring of antimicrobial use on farms.

A national database was set up recording the amount of antibiotics used, by which vet and the length of treatment. The poultry sector also standardised a symptom list, which applies further scrutiny to the vet prescribing drugs.

Poultry farmers are able to use only one vet, ensuring the history and health status of a farm is well known, and antibiotics may only be prescribed after a site visit. A health management plan must also be in place.

With this framework in place, benchmarking reports could be generated for each farm, and there the restrictions really begin.

Farmers in the top bracket, with the lowest drug use, are considered to be meeting the target. Next band down is the “signal” group – antibiotic use of some concern – and following this, two “action” categories.

Put simply, the lower ranked the farm, then the more severe restrictions will be placed on drug use. In the worst cases, a farmer can be made to employ an independent expert, at their own cost, to bring up standards.

But even the best-performing farmers cannot be complacent, as over time the targets get ever tighter.

It has had results, with the targets well beaten. The Dutch poultry industry had cut its antibiotic use by 58% before the end of 2013. As such, the 2015 target was increased to 70%; at time of writing it is unclear whether that will be met.

One concern that has been raised about this comprehensive system of control was that it could create a “black market” for the sale of antimicrobials.

The poultry farming industry should view tighter antibiotic control as inevitable, but see it as an opportunity to improve farming practices, says Ms Edenborough.

“Farmers should persevere. It is possible to produce birds with little or no antibiotics with a limited effect on cost or performance, but it may take time to achieve this.”

The process of undertaking a Nuffield Scholarship is to bring knowledge back that can be of benefit to UK agriculture. Ms Edenborough recommends that any changes to the legislative framework in the UK be introduced slowly, and that above all else, the welfare of animals should be considered paramount.

“Whatever the driver for change is, it is critical that the changes are not brought about at the expense of the bird’s welfare. Antibiotics should still be used when necessary for both the bird’s health and the control of disease.”

Ways to reduce antibiotic use

There are a number of ways to cut antibiotic use in poultry, but many are not fully understood, and no treatment currently exists that is quite as effective in improving intestinal integrity.

These promise a shot of commensal – “good” – bacteria to the gut, which is thought to improve the odds of birds fighting off health challenges. While use is widespread, it is not known exactly what strain might be most effective, and when is best to deliver it.

Also known as phytogenics, every country that Ms Edenborough visited used these dietary additives in one way or another. This is despite limited understanding as to how they work. One Brazilian company visited had replaced antibiotic growth promoters with essential oils in finishing feeds.

It is clear, according to Ms Edenborough, that so-called organic acids have had a role to play in poultry production for some years. Their principal benefits are through creating an environment inhospitable to pathogens, while feeding commensal bacteria.

Different brands were used in farms visited, with farmers administering products when animals were stressed, such as at thinning or as part of health management.

A common theme was the importance of clean drinking water, and farms keen on reducing their medical bill were embracing ways to remove bacteria and biofilm. Commonly, solutions such as hydrogen peroxide, chlorine and acidifiers were added to water, but one farmer had begun to use electrolysed water in his hygiene strategy.

* No antibiotics ever – an option for the UK poultry industry? was sponsored by the Three Counties Agricultural Society and can be downloaded from the Nuffield International website.