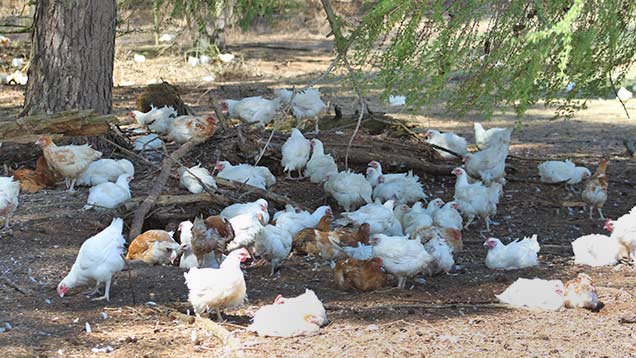 Free-range chicken producers operating under the Freedom Food scheme have another broiler breed they can grow, following acceptance of the Hubbard JA787 and JA987 by the welfare assurance body.

The two JA87 lines were first introduced into the UK in 2008, as a slightly faster-growing bird, with lower FCR and more breast meat than the original JA57, which had become the “benchmark” for the organic and free-range markets.

The lines were soon accepted by Freedom Food for indoor production. But the growth rate was just above the threshold acceptable for use outdoors, meaning the bird had to undergo a further welfare assessment, including such things as leg strength and ranging behaviour.

“After examining the suitability of the JA787 for use in free-range production, these broilers can now be reared in free-range systems,” said RSPCA chicken welfare scientist, Marc Cooper.

“This is good news for Freedom Food free-range chicken producers, who now have another breed available to choose from.”

As part of the agreement, Hubbard must continue making further improvements to certain welfare aspects of the bird, which, according to Dr Cooper, were slightly out of kilter with the Freedom Food protocols. “They were only just out, so we decided to grant a derogation, which lasts for the next five years.”

The relatively low uptake of Freedom Food in the poultrymeat sector compared with the egg sector has been linked to the limited number of breeds that are deemed acceptable for the scheme. Until now, only the Hubbard JA57 and the Aviagen Rowan Ranger had been allowed.

“In offering a greater choice of breeds to producers, we have the potential to bring many more birds on to the Freedom Food scheme and give consumers a wider choice,” said the organisation’s chief executive, Jeremy Cooper.

Hubbard’s UK sales manager, Jim Hunnable, said the JA87 combined good performance with ease of management and was “a wonderful bird to work with”.

Don’t miss our breeding special in next month’s Poultry World.