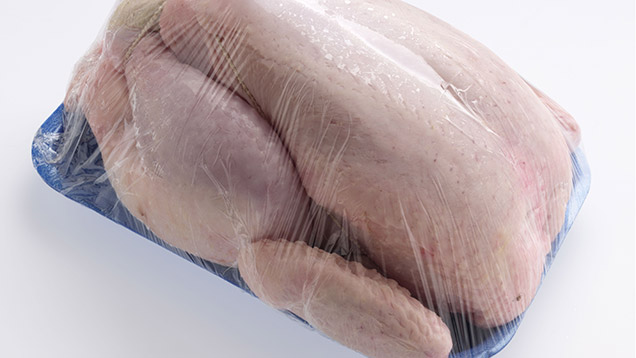 The Food Standards Agency has fulfilled its promise to name and shame retailers for the level of campylobacter found in packaged whole chicken on their shelves.

Six months into a 12-month enquiry, Asda was found to have what is considered the highest levels of the bug on both the skin of birds and outside packaging. Tesco was the lowest on both measures and the remaining retailers named in the survey fell within an “average” bracket.

Tesco recorded 11% of chicken in the highest contamination bracket, just above the FSA target of 10% by the end of 2015.  The average across all retailers was 18%, with Sainsbury’s second closest at 14%.

It is this metric the FSA is targeting, but overall, 70% of the 1,995 whole chickens sampled over six months had some level of contamination.

The testing undertaken by the FSA is split into quarters, and samples take are based on 2010 market share data. This means discounters Aldi and Lidl are bundled in with butchers and independent retailers, a decision that has come in for some criticism given their growth during the past four years.

Samples were also taken proportionately based on chicken bought standard, free-range and organic, though at this stage no differentiation is made between different tiers of production. It is understood some results will be released highlighting this information once the full year of data is in.

As expected, the second-quarter results, which were taken from May to July this year, were higher due to seasonal variations in campylobacter, which thrives in warm, wet conditions. They show 80% of birds on shelves contaminated to some degree.

Retailers, rather than processors, have been targeted by the FSA because it is they who make specifications when ordering birds and they who sell to customers.

The FSA also said in its report that interventions installed since August, such as SonoSteam processing installed on kill lines at Asda supplier Faccenda, were not reflected in the results.

It concludes that, “All chickens, no matter which retail outlet they are sold from, are at risk of being contaminated with campylobacter, which is why it is important for consumers to handle and cook their chicken safely. Effective cooking will kill any campylobacter in the chicken.”