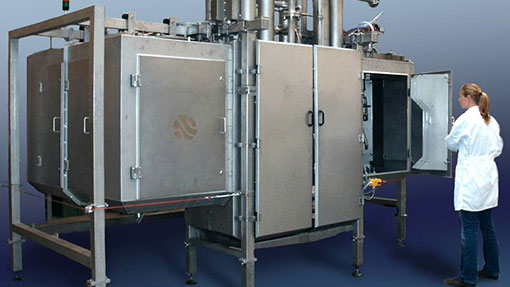 Full-scale trials involving the application of both steam and ultrasound to cut campylobacter levels on chicken carcasses are about to be launched by Midlands-based integrator Faccenda.

The three-month trial using a Danish system called SonoStream will assess the effectiveness in terms of campylobacter reductions, as well as any impact on carcass quality.

If successful, Faccenda has committed to invest over £1m on this new method as a long-term means of containing campylobacter.

“We believe that SonoSteam can deliver a significant reduction in the number of cases of campylobacter food-borne infection attributed to chicken and will lead the way in setting industry standards,” said Faccenda managing director Andy Dawkins.

The technology kills campylobacter and other micro-organisms through the simultaneous application of steam and ultrasound.

Specially designed nozzles inside the treatment chamber are aimed at all parts of the carcass, including inside the visceral cavity. There is an integrated water-cooling system and the machine can be adjusted to speeds of 6,000 to 14,000 birds an hour.

“The short and enhanced treatment is ideal for decontamination of delicate food products, such as chicken or salmon, without adverse changes to food quality,” said a SonoStream statement, which claims “significant” reductions in the numbers of micro-organisms.

The trial is being set up at Faccenda’s Brackley slaughterhouse in Northamptonshire, which processes some two million birds a week. The decontamination process takes just one-and-a-half seconds, so does not affect line speeds. It will be independently valuated by the Food Standards Agency.

FSA chief executive Catherine Brown described the development as “another important step towards reducing the risks posed by campylobacter”.

The installation follows Faccenda’s launch of Roast in the Bag whole chicken in 2013. On sale in Asda, this product enables consumers to put the bird straight in the oven without removing the packaging, so reducing the chance of food poisoning from campylobacter.