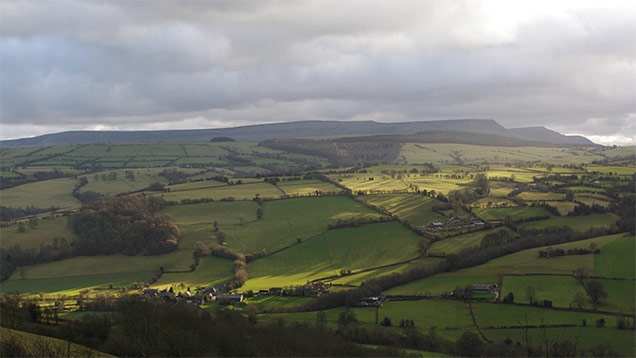 A concerted campaign is being mounted against a new poultry development, proposed on a farm at Dorstone, to the west of Hereford.

The application for planning permission has been made by livestock and arable farmer John Morgan, who is seeking to diversify into broiler production as a way of securing his family income. The plans also tie in with Hereford-based Cargill Meats Europe’s expansion in the county.

But while the planned development is relatively small – involving just two 40,000-bird sheds – the application has attracted vociferous opposition, being sited in the county’s renowned Golden Valley, said to be the inspiration for CS Lewis’s Narnia.

“It was all agreed at pre-application with planners, highways and the Environment Agency. In planning terms, there should be no issue. But the local reaction has amazed me, given the remote location of the site and small scale of the project.”
Ian Pick

A Golden Valley Action Group has been set up and, so far, about 190 letters of opposition have been lodged with Hereford Council. Particular concerns include the potential effect on tourism, the increase in lorry traffic, the effect of dust and odour, and biosecurity.

“If there was an outbreak of avian flu, the whole area would be quarantined and this could mean the cancellation of major events, such as the Hay Festival,” said one opponent. “Over 11 days, this brings in a huge amount of revenue to the local community.”

Some have complained that the consultation, which closes on 23 January, is too short, while others have suggested that the planning authority has inadequate resource to scrutinise it in detail.

This week the Parish Council voted by four to three to reject the planning application, though campaigners say it is common for the Country Council to overrule such decisions. “Hereford Council has not to date turned down any broiler shed applications,” said a spokeswoman for the Golden Valley Action Group.

But planning consultant Ian Pick, who is handling Mr Morgan’s application, and who managed nine other poultry applications in the region last year, says this high success rate is because each one is very carefully assessed in advance, in conjunction with the statutory consultees.

“We do not put applications through on a whim,” he told Poultry World. “Of every three farmers we see, only one will have a project we can sensibly take forward. We make sure we get approval at the pre-application stage, in part because the cost of an application is so high – possibly £50,000 for a four-shed development.”

On this basis, Mr Pick suggested the Dorstone application should not be problematic.

“It’s 460m from the nearest house and 1.3km from Dorstone Village. The proposal is for a small, two-shed site on an established farm, adjacent to existing cattle sheds. Access is direct onto a main road.

“It was all agreed at pre-application with planners, highways and the Environment Agency. In planning terms, there should be no issue. But the local reaction has amazed me, given the remote location of the site and small scale of the project.”

Mr Pick also indicated that the number of new applications in the area was now “tailing off” as Cargill has enough supply lined up to fill its expanded capacity.