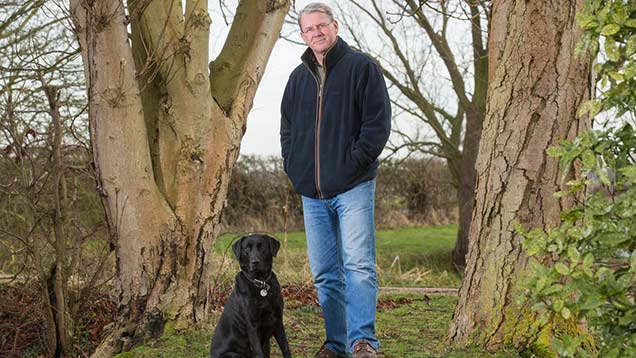 Former NFU president and AHDB chairman Peter Kendall is set to become a broiler producer, having secured planning permission for four sheds on his Bedfordshire farm.

Speaking exclusively to Farmers Weekly, Mr Kendall said he had been considering ways of strengthening his farming business for a number of years.

“I farm in partnership with my mother and brother and we have been asking ‘where do we go next?’.

“We have been worried about the narrowness of just having an arable farm and, while we have some renewable energy and industrial lets, we wanted something else that would complement the business.”

Broiler growing fitted the bill, with demand for poultrymeat on the increase and retailers committed to the standards and traceability offered by the British supply chain.

“We have been worried about the narrowness of just having an arable farm and, while we have some renewable energy and industrial lets, we wanted something else that would complement the business.”
Peter Kendall

The integrated nature of poultry production also offered the prospect of a less volatile income stream than cereal growing, he added.

“Furthermore, broiler production dovetails nicely with renewable energy, while the poultry litter will provide a useful input for our arable land. It is a good fit.”

Once up and running, the unit will provide accommodation for 180,000 birds at a time.

Permission was granted on 24 July without a single objection raised during the consultation.

Mr Kendall said it was still early days and he was in the process of securing the necessary environmental permits.

He was also still in talks with a single integrator to take his birds, and with renewable energy companies to supply the solar panels and biomass boilers.

“If we are up and running by next spring, I will be happy,” he said.

“It’s a big investment for us. But land around here is very dear, so getting a return on it is a challenge. Poultry farming looks like a viable option at this point in time.”