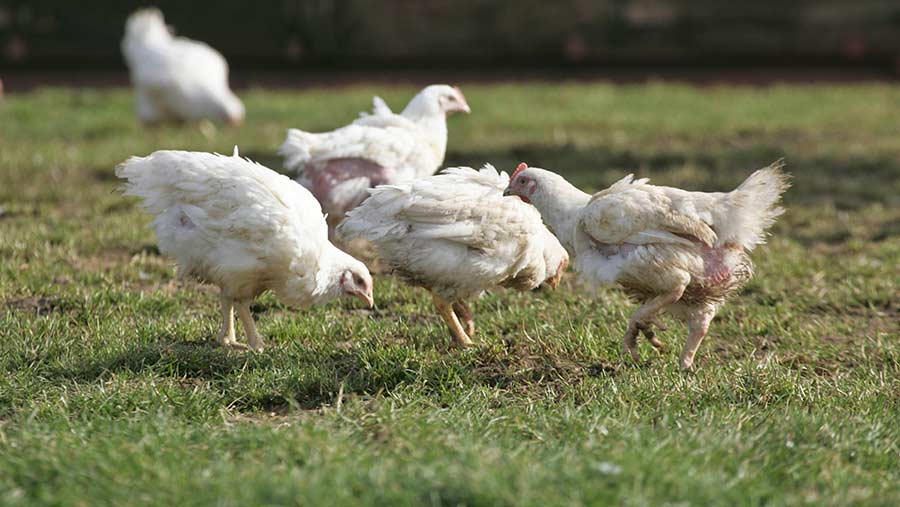 A poultry farmer has questioned the training offered to vets carrying out Food Standards Agency (FSA) checks in abattoirs, after she was left £1,800 out of pocket when a pre-slaughter inspection of her birds was overlooked and they had to be incinerated.

She is angry that a batch of 85 birds recently sent for slaughter was incinerated on the instruction of an FSA vet because that vet had failed to carry out an ante-mortem inspection.

Ms Rubython, who sells direct to the consumer from her butcher’s shop at Tydeswell, Derbyshire, said the post-mortem inspection had deemed the birds fit to eat, and this was confirmed by the vet.

The incident, she said, had shone a light on the level of induction training given to vets working as abattoir inspectors.

“I’m small scale, and the whole situation has caused massive upheaval and stress to myself and the abattoir owner,” she said.

“I’m horrified that such a gross waste of good meat could be tolerated. It is unethical, and I am now facing a crisis in my cashflow.”

Ms Rubython’s official complaint to the FSA was not upheld.

“I suppose it is legally correct, but in my opinion the FSA needs to take on board some shared responsibility for the root cause of the problem,” she said.

Advice from the NFU was that, in order to get an independent review of the case, the abattoir would have to claim against the FSA in the small claims court and for a judge to make a ruling.

“It all seems like a ridiculous waste of everyone’s effort when a commonsense decision at the time at the abattoir could have been made, especially as everything is on CCTV anyway.”

Ms Rubython added that the abattoir proprietor had offered to compensate her for the poultry, “realising how significant this loss is to a small-scale operation”.

The Association of Independent Meat Suppliers (Aims) has long been urging the FSA to take a more risk-based approach to inspections, including the removal of ante-mortem inspections where there is no risk to public health.

“There is plenty of flexibility in the regulations that would avoid a situation where animals that are no risk to public health being thrown into bins,” said Aims policy director Norman Bagley.

According to the FSA, its investigation into the incident involving Ms Rubython’s chickens had identified a failure within the release system at the abattoir to ensure chickens received an ante-mortem inspection.

It said all official controls by the Official Veterinarian and the Meat Hygiene Inspectors needed to be carried out, including both ante- and post-mortem inspections, before poultry could enter the food chain.