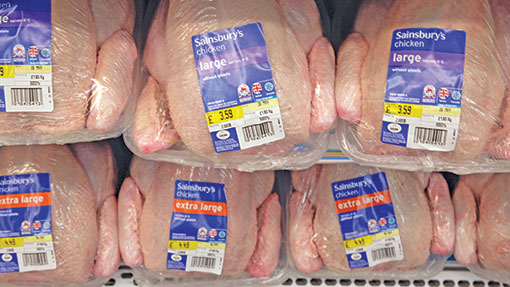 The UK poultry sector is going places, driven forward by a proactive supply chain and consumers that want chicken. Philip Clarke reports on the findings of a new BPC study.

The EU Commission recently referred to the poultry industry as the most “dynamic” of all the meat sectors.

And nowhere is this dynamism more apparent than in the UK, where the poultry story is one of steady growth, supply chain efficiency and increasing employment. The UK also supplies about 14% of all the EU’s poultrymeat, only pipped to the top spot by France

Writing in the introduction to the British Poultry Council’s (BPC) new “state of the industry” report, DEFRA farm minister George Eustice describes the sector as “a significant contributor to UK growth and skills”.

“It contributes £3.3bn to UK GDP, with every £1bn generating another £1.3bn in the rest of the UK economy,” he says. “The industry supports 35,400 direct jobs and a further 37,900 indirect jobs in the wider supply chain.

“As we progress through the 21st century, with increasing populations and pressure on global resources, food supply and security will become an increasing concern. The British poultrymeat industry understands the potential risks and I’m confident that, with their increasing commitment to supplying affordable and nutritious food, Britain will fare well in the global race.”

But what are the keys to this success story?

In many ways, it all stems from consumer demand. “British consumers buy more poultry than any other meat,” says the report, compiled for the BPC by Oxford Economics. “By weight, poultry makes up about half of all meat purchased in the UK.”

Poultry provides a cost-effective source of meat protein. While it accounts for almost 50% of sales by volume, in spending terms it is just 42%. This reflects the fact that, since 2001, poultry prices have increased far more slowly than prices for beef, pork, lamb and fish.

Looked at another way, the rate of inflation for poultry equates to 2.2%/year since the beginning of the past decade, compared with overall food price inflation of 3.4%.

Supermarket purchases dominate sales of poultry, with 80% of spending going through their tills in 2009-10. 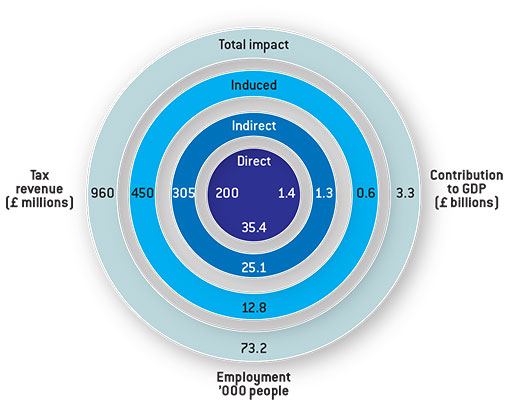 The production sector has responded well to this growing demand. Total poultrymeat output reached a peak of 1.6m tonnes in 2012 – up 10% in just three years – with almost one billion chicks, poults and ducklings placed each year.

Broilers dominate this scene, accounting for 93% of all poultry, and the BPC report applauds the work of the genetics companies “to ensure the birds produced are efficient, healthy and meet all welfare expectations”.

Turkey growers are also recognised for increasing average meat output by 7% since 2001 to 12.8kg/bird.

But poultry production is far from evenly spread across the UK, it notes, with Northern Ireland enjoying a disproportionate share of the total UK production base.

Despite having just two factories and only 3% of the population, the province accounts for 12% of all UK poultry stock. Looked at another way, some 1,396 birds exist on every square kilometre of land in Northern Ireland, compared with 904 in England, 397 in Wales and 188 in Scotland. 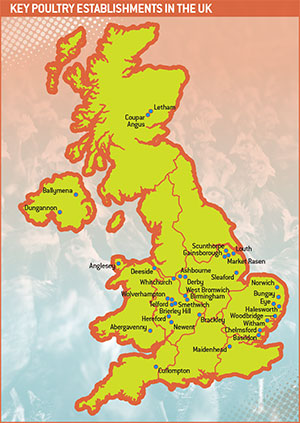 England is still the dominant player, however, with 74% of the poultry stock, primarily located in the West Midlands and East Anglia, (see map, above).

Having looked at supply and demand, the BPC report then makes an assessment of the poultry sector’s total contribution to the UK economy.

On direct impacts, it estimates that the industry makes a £1.4bn contribution to Gross Domestic Product (GDP), with roughly a 60:40 split between processing and primary production. In 2012 the sector employed about 35,400 people directly, with each job contributing £41,000 to GDP. “This level of labour productivity is 16% lower than the average for the UK economy,” says the report. But the sector still made a £200m contribution to the Exchequer.

The poultry sector is also a major buyer of inputs from other UK businesses, especially animal feed, energy, water and packaging. These procurements are worth another £1.3bn to the GDP, and support another 25,100 jobs, while generating a further £305m tax payments.

The third aspect, induced impacts, estimates the effect of the 35,400 direct employees and the 25,100 indirect employees spending their pay packets. Oxford Economics comes up with a figure of £1.4bn, which it estimates supports another £550m worth of GDP.

“Adding the direct impact of the poultrymeat industry to its supply chain and wage consumption impacts, in total in 2012 it supported a £3.3bn gross value added contribution to UK GDP and £1bn in total tax payable to the Exchequer, equivalent to £36 for every household in the UK.”