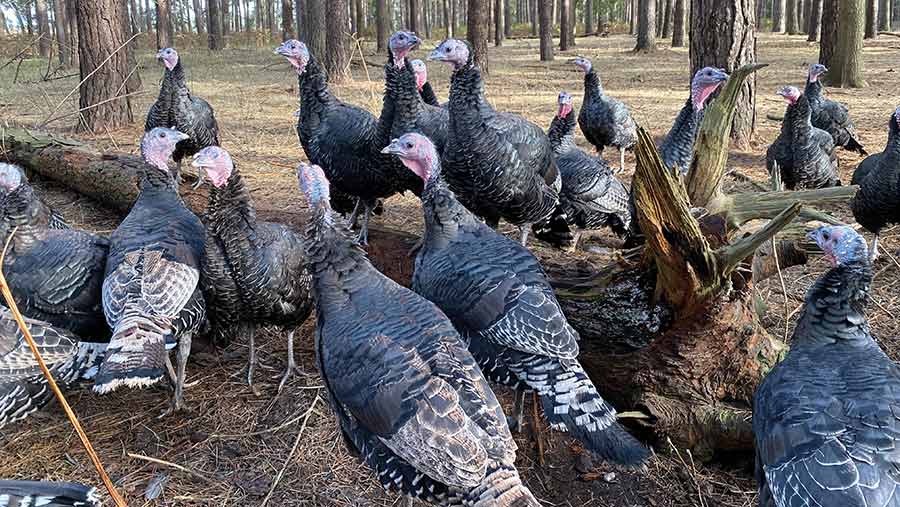 The British Poultry Council (BPC) says there is increasing demand for turkeys ahead of this festive season, as millions more families will be remaining in the country due to coronavirus restrictions on foreign travel.

Ministers are also looking to relax Covid-19 restrictions, making it easier for households to get together for the festive period over a limited number of days.

BPC chief executive Richard Griffiths said: “I think there will be sufficient turkeys – there are certainly enough birds on the ground.

“We are looking forward to a good Christmas commercially. But there cannot be a massive switch to small birds; there just aren’t the small birds out there.

“There may be more crowns or roasts out of the larger birds, which may be an alternative to smaller birds.”

At least there should now be enough workers to process all the turkeys, he added.

The BPC warned in October that at least 1,000 skilled seasonal workers from the European Union were needed to prevent Christmas turkey supplies from collapsing.

Mr Griffiths said he was “delighted” that the government has relaxed Covid rules to allow non-UK residents to travel to England to work on poultry farms and in processing factories, without the need to self-isolate for 14 days.

“It’s very much needed,” he said. “Some companies were bringing workers in and quarantining them. But there was a limit to that, especially for smaller-scale seasonal producers, who cannot afford it.”

NFU chief poultry adviser Aimee Mahony agreed. “By putting in place this exemption, the government has recognised the invaluable role seasonal poultry workers contribute to farm businesses preparing for the festive period, to ensure we can all enjoy our traditional Christmas turkey.”

Already, turkey farmers across the UK have seen a surge in demand – especially for small birds – since devolved governments announced plans to relax the lockdown to allow small family gatherings this Christmas.

Paul Kelly, managing director of Essex-based Kelly Turkeys, said he was certain there would be a shortage of British turkey this Christmas, as 4.8 million people who usually go abroad have not been catered for. 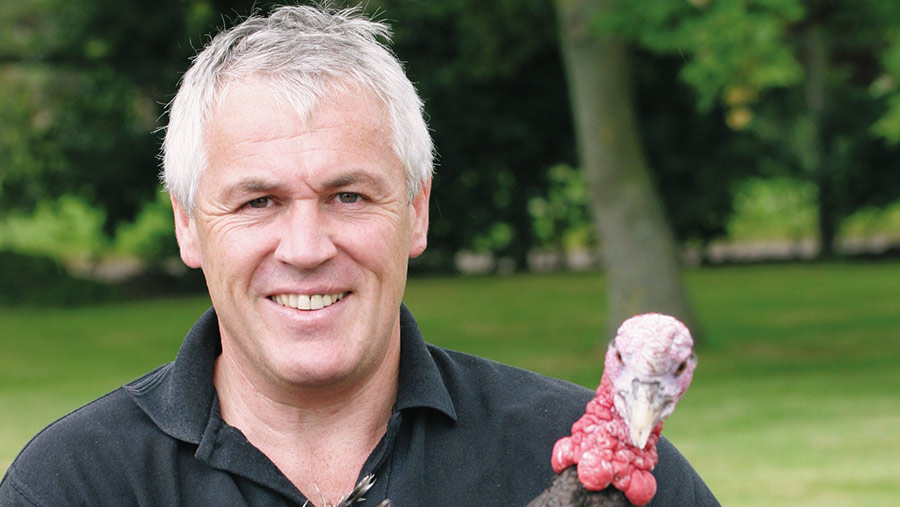 “Farmers have not produced as many turkeys and retailers have cut back a bit because they were concerned they would not be able to get people through their stores.

“Then, you have got the pubs and restaurants that do Christmas lunches. What happens if they reopen?”

By 20 November, Mr Kelly said his business was three weeks ahead on orders of where they normally would be at this stage.

Any shortage of fresh British turkey would be filled by a “mountain of frozen Polish turkey butterfly”, he predicted.

Roger Burnley, chief executive of Asda, said it was clear customers were “planning for a very different Christmas”.

Sales of frozen turkey crowns, which typically serve three to four people, have increased by 230% year-on-year – a sign that customers are preparing to celebrate Christmas differently this year, with smaller gatherings, rather than larger groups, due to restrictions.

Craig Michie, who owns Barra Bronzes in Inverurie, Aberdeenshire, rears about 2,700 free-range turkeys each year. A team of 10 people, mostly locals, carry out the processing onsite. 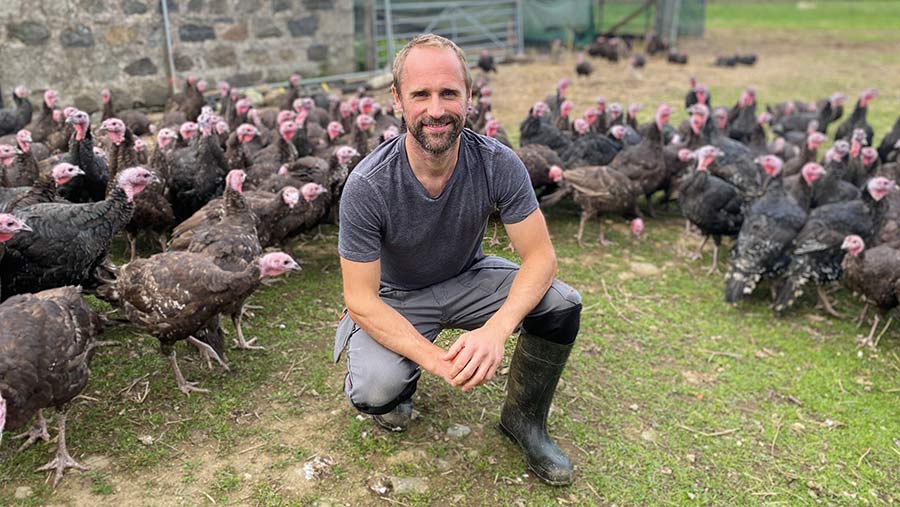 Barra Bronzes offers a click-and-collect and home delivery service. By 20 November, it had about 750 birds left. Smaller birds of 4-5kg are popular, but sales of larger (11-12kg) birds are increasing as people’s confidence grows that restrictions will be lifted for Christmas family gatherings in Scotland.

“We are miles ahead of previous years,” said Mr Michie. “By the end of November, I don’t think there will be any turkeys left.”

The birds are processed in two phases. Stage one involves the killing and plucking by hand. For stage two, the birds are hung (under refrigeration) with their guts still intact for two weeks. The guts are then removed and the birds are cleaned and packaged.

Mr Michie said following a wet growing season, the mild November days of 13-16C have not helped. “We would have liked a few nights below freezing as it pushes the feathers out of the bird and they come off clean, which costs less money in finishing them.”

Mr Michie had planned a big expansion in production earlier this year, but he struggled to get the building materials, especially concrete and the labour, due to the coronavirus pandemic.

“It’s frustrating that I don’t have more birds,” he said. “I didn’t have a crystal ball and didn’t anticipate that the pandemic would create a huge demand of a premium product.”

Mark Gorton, founder and managing director of Traditional Norfolk Poultry (TNP), decided to place extra turkeys for this Christmas when the coronavirus pandemic escalated in March. 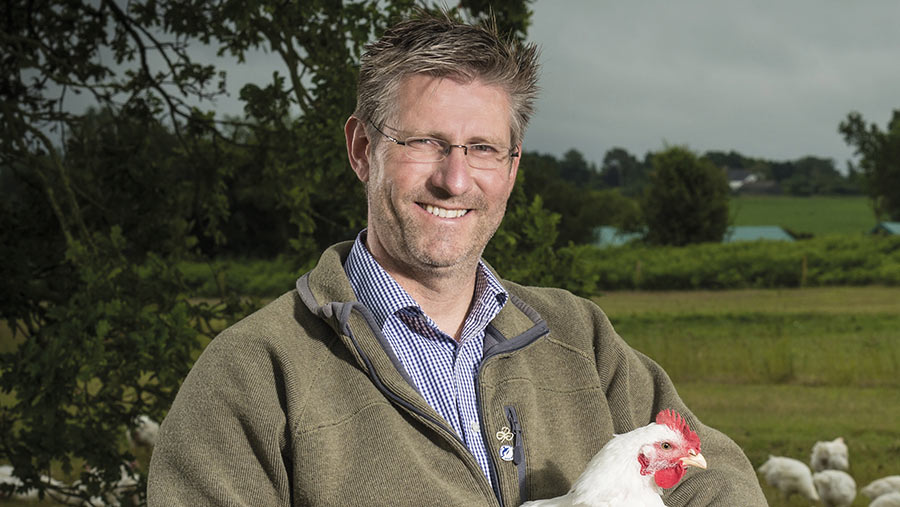 TNP grows and processes free-range and organic chickens and turkeys to RSPCA-assured standards in the East Anglian countryside for supermarkets, large and small retailers, wholesalers, hotel and restaurant chains and local authorities.

Mr Gorton anticipated that fewer people would be leaving the country this festive season for winter holidays ­– and there would be greater demand for poultrymeat.

“My turkeys are all now sold, and I could have more than doubled what we have got for Christmas this year. It’s absolutely crazy,” he said.

For the past decade, Mr Gorton has adapted the business to grow smaller turkeys, and more than half of what they produce comes in the form of crowns and oven-ready joints.

“Families do not want big turkeys. The demographics have changed. People don’t have big ovens,” he said. “If you are feeding 10-12 people, you will just take two turkeys.”

The main challenge of the coronavirus has been ensuring there are enough fit and healthy staff for turkey processing and production, he said. Between 80-85% of workers at TNP are eastern European, with others from Portugal.

“This highlights the fact that the British workforce is not there. Nobody wants to come into these factories – and we need them,” said Mr Gorton.

“With Brexit around the corner, it shows how important these foreign workers are to us – despite lots of Brits being furloughed or unemployed.”

Workers can earn good money and bonuses, especially if they put in the hours. “It’s a different type of work, but it’s very lucrative,” he added.

Get listed on the NFU’s Turkey Finder

Turkey producers who are NFU members can sign up to a free promotional tool that aims to help businesses selling farm-fresh turkey direct to the consumer from the farmgate.

The NFU Turkey Finder, which is hosted on Countrysideonline.co.uk and has been given a makeover this year, allows customers to enter their postcode and find their nearest farmer selling local, British turkeys.

NFU turkey group chairman Michael Bailey said: “The latest update to the Turkey Finder has made the search tool even more user-friendly, making it easier for customers to find your business details, which is beneficial as the highest margins will always be from direct sales at the farmgate.”

To get listed or to update your details, email your name, membership number and company contact details to nfupoultry@nfu.org.uk.

The NFU is also launching its #BuyMyTurkey campaign on 4 December, to encourage shoppers to buy their Christmas turkey direct from the farm where it was produced.

The campaign also wants to remind shoppers who cannot buy from their farm local farm, to look for the Red Tractor logo on the packaging when supermarket shopping.

“We’re encouraging turkey producers to get involved on the day by posting messages on social media, encouraging the public to order now,” said a spokesman.

“Producers should remember to use our hashtag – #BuyMyTurkey – and use images of their turkeys. They can also share a link to the NFU Turkey Finder.”