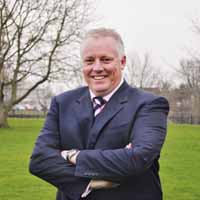 The UK turkey sector is still in a lull. Domestic consumption at 2.8kg a head lags way behind other EU countries such as France (6.6kg a head) and North America (7.6kg a head).

For the UK’s largest producer Bernard Matthews, producing 7m birds annually, it is a challenge. The company, which lost its charismatic founder recently, is still in recovery from the devastation avian influenza wreaked on the business in February 2007. Half the domestic market disappeared overnight.

Having left the chicken sector after 29 years with Moy Park, Mr Ballantyne now heads up agriculture at the Norfolk turkey producer that has an estimated 60% share of the UK market. “The business deserves to do well,” he says of Bernard Matthews. “The long-term aim is to lift domestic consumption by 2.5kg a head.”

It’s some target, but the company is prepared to do the marketing and finance a campaign, he declares. If successful, a lift would also benefit other turkey producers, but as a major stakeholder “BM”, as he refers to it, would prosper. By comparison, chicken has volume but is largely commoditised, he says, whereas turkey maintains value, but is still highly dependent on a once-a-year fix.

Enter Marco Pierre White. The celebrity chef joined Bernard Matthews’ campaign to boost consumption in spring 2010. Consumers were to be educated how to cook turkey and told it is the only meat to attain super-food status, being low in saturated fat and a good source of some key vitamins and minerals.

“Just as a dog isn’t simply for Christmas, neither should turkey be,” says Mr Ballantyne. In its sights Bernard Matthews sees turkey mince as a replacer for beef mince in quick-fix dishes such as spaghetti bolognaise, popular with working families. “We’re asking consumers to change their meat, not their menu,” he says, repeating a company slogan.

There is also a bigger picture. “Poultry has to be the protein of the future. If world population rises by 50% by 2020 as scientists predict and with no increase in land to farm, poultry is the most efficient converter of feed into meat. Other species – pigs, sheep, beef – don’t come close.”

But that still leaves the industry facing the challenge of securing feedstuffs – mainly wheat and soya – from volatile commodity markets, he admits. And with almost 90% of company sales aimed at the retail sector (just 6% ends up in foodservice), negotiations with supermarkets on forward pricing is key.

“There has to be willingness among retailers to agree prices going forward at a rate that reflect changes in feed costs,” he insists. It is a bumpy ride on the back of volatile markets, with wheat shifting from £106/t to £210/t since July 2010 and non-GM soya climbing from £280/t to £380/t.

The battle will be to maintain margin but, he believes, turkey can compete. “Yes, feed conversion is better for chicken overall, but when it comes to producing breast meat the two are very close.”

His experience in the chicken sector will benefit his new role. The switch in species, he says, was partly driven by a respect for what Bernard Matthews has achieved, as well as endured. “It certainly didn’t deserve the impact of avian influenza or the twizzler saga,” he says – the latter being a reference to the government and Jamie Oliver’s attack on school meals.

“The business maintains a healthy balance sheet and the present board is two years into a four-year recovery programme aimed at securing the business’s future. We have a responsibility to our 2000 employees, the shareholders and the numerous stakeholders to make it work.”

Last year, 2010, marked a turning point with increased sales, he says. It also saw the acquisition of Lincs Turkeys, giving instant volume in the free-range sector that accounts currently for 15% of sales and is growing.

“Opportunities in the poultry sector are massive; the possibilities enormous,” he enthuses.

But the turkey sector has its work to do. UK consumption is estimated at 16m birds annually; for comparison the chicken sector processes 16m birds weekly before accounting for imports of breast meat.

Even with celebrity endorsements the company has much ground to cover in lifting domestic consumption outside traditional occasions such as Easter and Christmas. “If anyone can do it Bernard Matthews can,” he says.