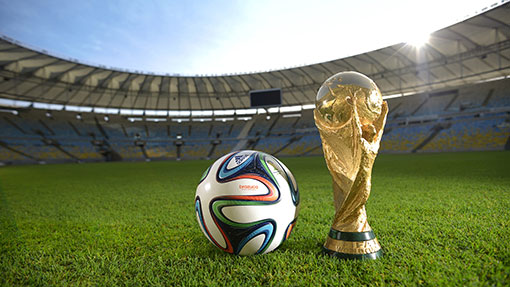 Poultry and food business Moy Park is set for global exposure as part of a sponsorship deal for the football World Cup to be help in Brazil this summer.

The deal has been set up by Brazilian parent company Marfrig and will see the Moy Park brand beamed to millions of viewers across the globe on pitch perimeter boards during matches, including those involving England, France, the Netherlands and Spain.

“The FIFA World Cup is among the world’s most widely viewed sporting events, watched in more than 200 countries by more 715 million people. Moy Park is delighted to be an official sponsor of the tournament,” said chief executive Janet McCollum.

“As well as supporting the sponsorship with a comprehensive advertising, promotional and marketing campaign, we are also really excited about our plans to celebrate this fantastic event with our employees, customers and consumers.

“As well as supporting the sponsorship with a comprehensive advertising, promotional and marketing campaign, we are also really excited about our plans to celebrate this fantastic event with our employees, customers and consumers.”
Janet McCollum, Moy Park chief executive

“Our plans include launching an on-pack promotion that will give a lucky shopper the chance to win a once-in-a-lifetime trip for two to the FIFA World Cup semi-finals in Brazil.”

As part of the official sponsorship deal, the Moy Park brand will feature on the FIFA.com website and the Marfrig brand will appear on the official FIFA 2014 video game, alongside global brands including McDonald’s, Budweiser and Johnson & Johnson.

Marfrig Group is a leading global food company with production, commercial and distribution units located in 18 countries in five continents.

With approximately 90,000 employees, it is the third largest global beef producer and the second largest poultry producer in Brazil.